Two nice things have happened since my last update:

1. The Chocolate Factory Ghost featured in The Phoenix Comic as part of their regular book club.

This means a lot to me personally as I know loads of people who have worked on The Phoenix (which is published by Jampires publisher David Fickling).

It’s a great comic filled with serialised stories, jokes and articles (and it’s ad-free too) and is very much recommended if you’ve haven’t tried it already. 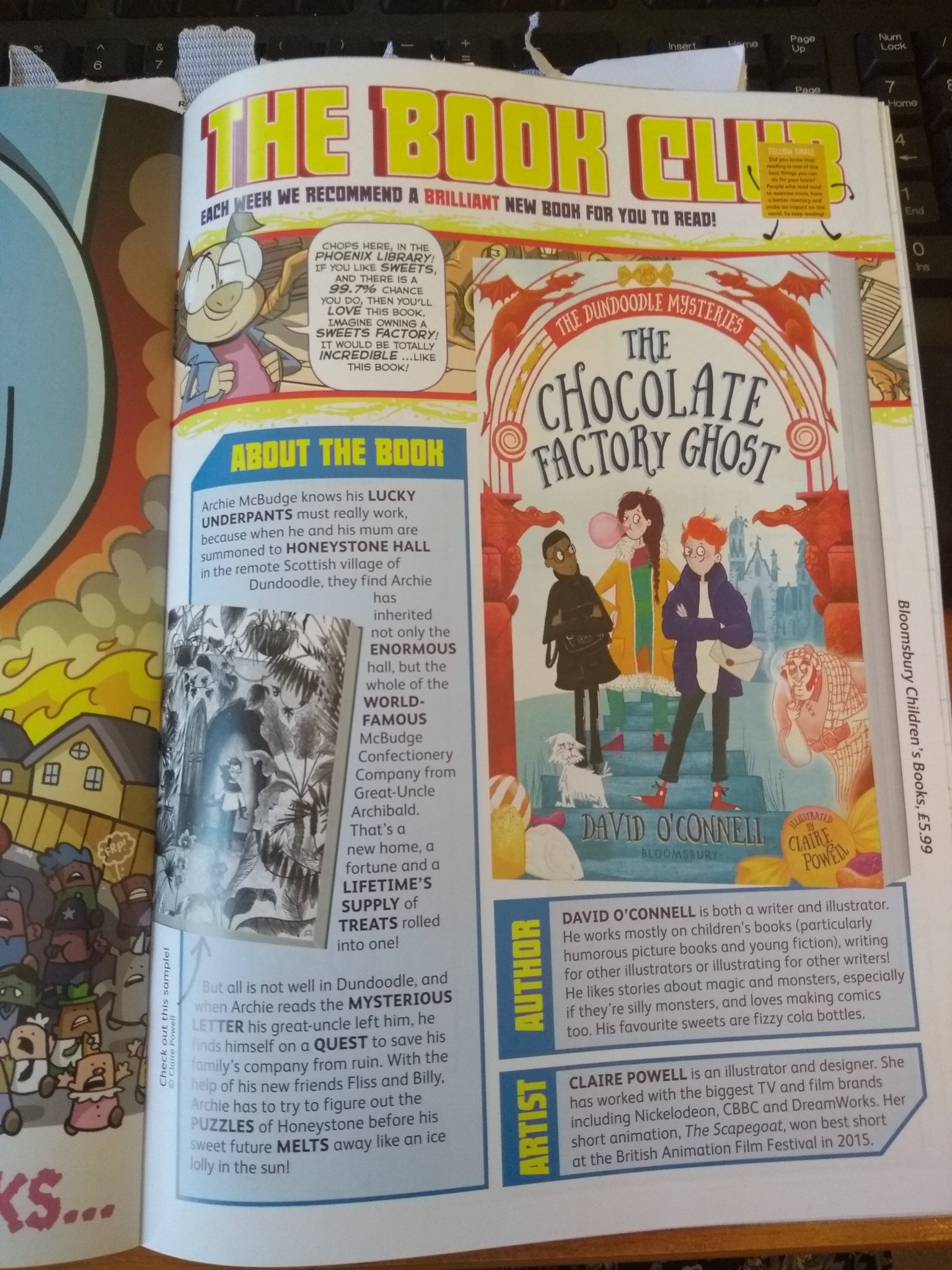 It’s available in quite a few places but you can get it on subscription so it’s delivered to your door. (photo by our excellent publicist at Bloomsbury, Lizz Skelly).

2. The CFG has been nominated for an award! It’s on the longlist for the North Somerset Teachers’ Book Award in the Read Aloud category. I’ve never had a book I’ve written nominated for an award before (Creature Teacher won the Heart of Hawick award for Sam Watkins in 2016) and although I’m under no illusions about it getting any further, I’m very much enjoying the moment. 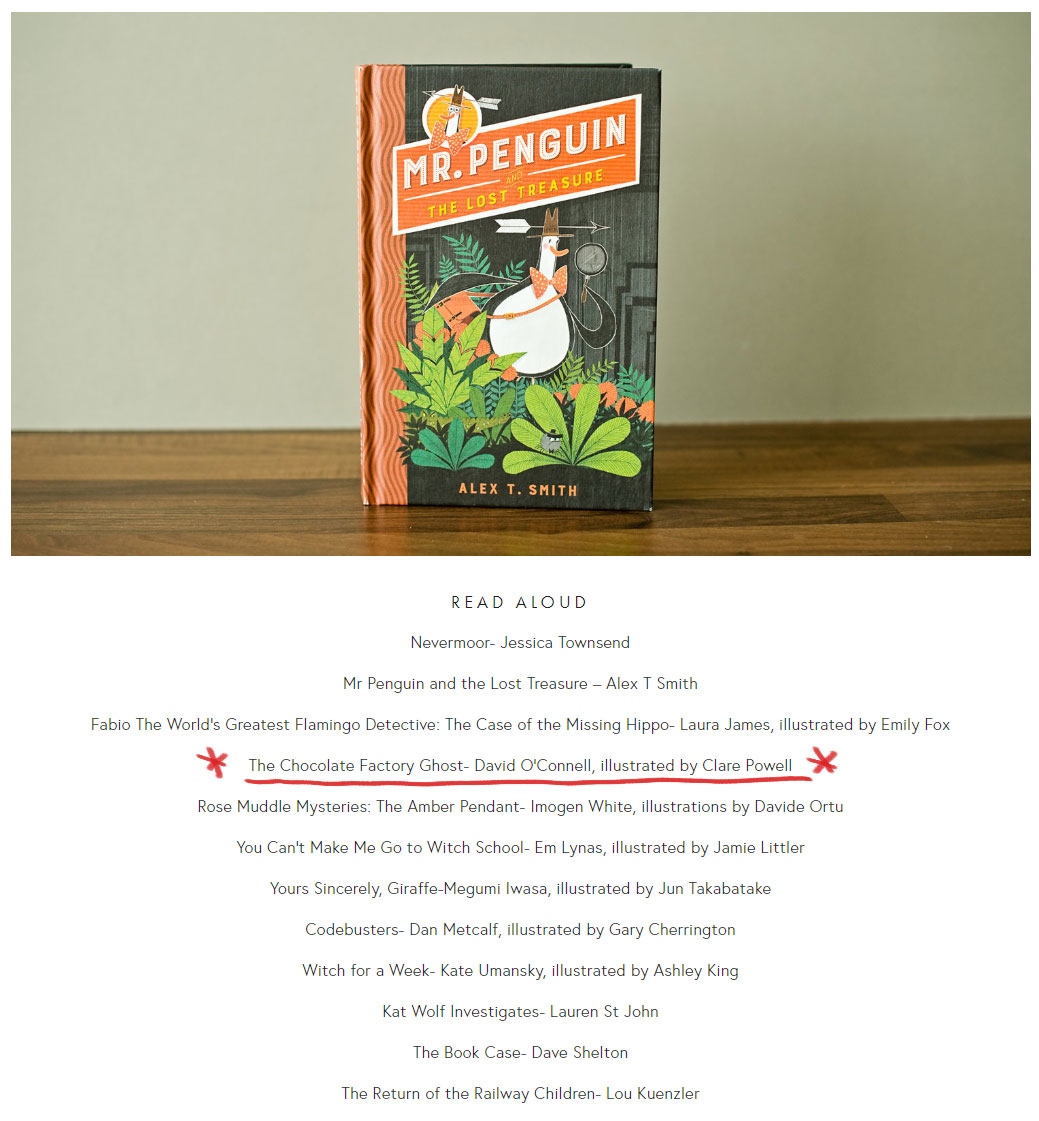