I’ve had a horrible cold with a nasty cough that’s kept me in bed for a bit. Yuck. It’s stopped me from getting out and about and doing things but I’m finally catching up. First up: DOUGHBOTS!

I was delighted to hear from St Michael’s School librarian Sam Pope that the year 3 and 4 book group had been discussing Monster & Chips: Night of the Living Bread.

In the book, Joe and the monsters create a robot made from bread – a doughbot! – and the book group members even had a go at making their own versions. You can read all about it and have a look at all the photos here – there are instructions on how to make your own, if you fancy it (I recommend adding some tuna and mayonnaise and erm… recycling the doughbot parts afterwards).

I’ve pinched this photo to show all the doughbots lined up – aren’t they crumbily menacing? I’m particularly loving the hair extensions. Thanks so much, everyone! It’s great to see a school library being so actively used – do have a look at some of their book reviews and other goings on. It looks like a lot of fun.

What else has been going on?

Webcomicker Evan Dahm announced Goblin Week was going to take place at the end of January. It’s a week where people draw or do other creative stuff regarding goblins because… well, I’ve no idea to be honest, but it sounds like a fun way of getting the creative juices flowing. Here are the pics I drew: (Click on any of the pics to make them bigger.)

I’m not the only creative person in my family – my Mum is an excellent knitter. She’s one of those knitters whose needles go all blurry when she’s working, she’s that fast! My childhood collection of Action Men were always warm through the winter, thanks to their mum-knitted balaclavas. Anyway, a Jampires knitting pattern was obviously going to be a done deal, and Mum revealed the finished item the other weekend: 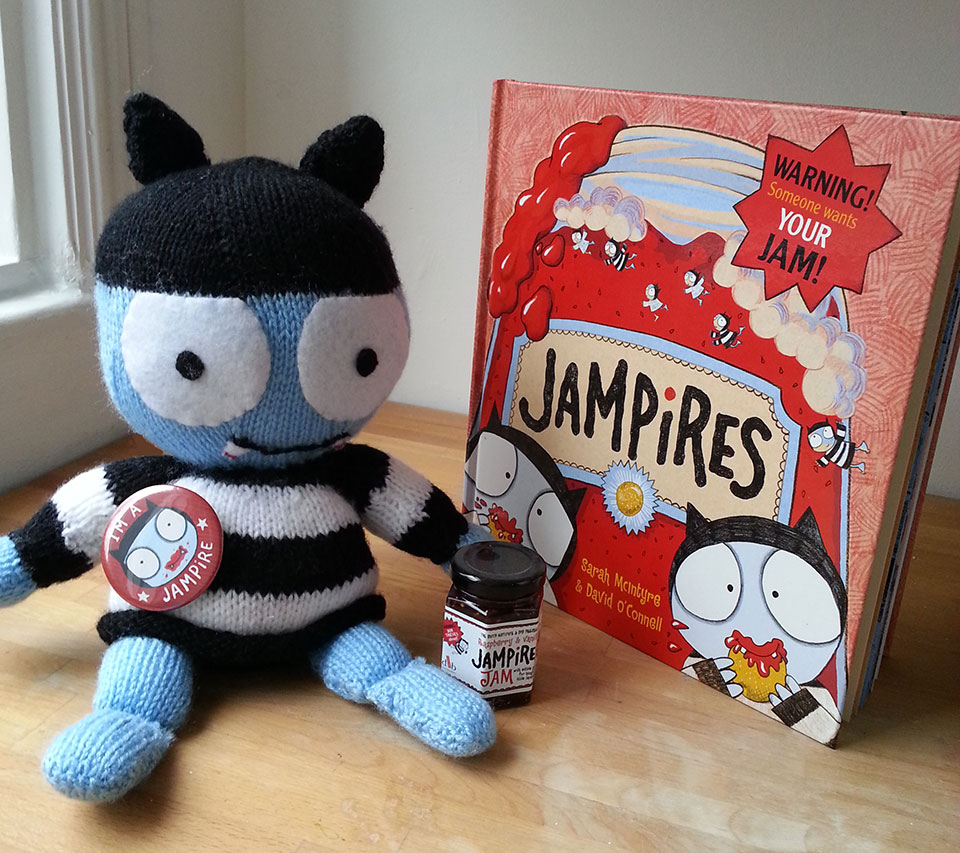 Bless him! I’m very pleased to have a Jampire of my very own. I have to keep him on a high shelf, as the dog has taken a fancy to him and he’ll end up buried in the back yard!

Here’s another wonderful Jampire made by Joy – thanks to Martin Hand for bringing that to our attention. This chap was made for his daughter Katie’s birthday (picture pinched from Martin’s Twitter stream):

If you’re interested in behind the scenes stuff in the children’s book publishing world, my co-author on Jampires, Sarah McIntyre, has written a couple of interesting articles on the way illustrators are perceived as being something slightly ‘lesser’ than writers, particularly relevant to the creation of Jampires which we very much co-wrote/illustrated. 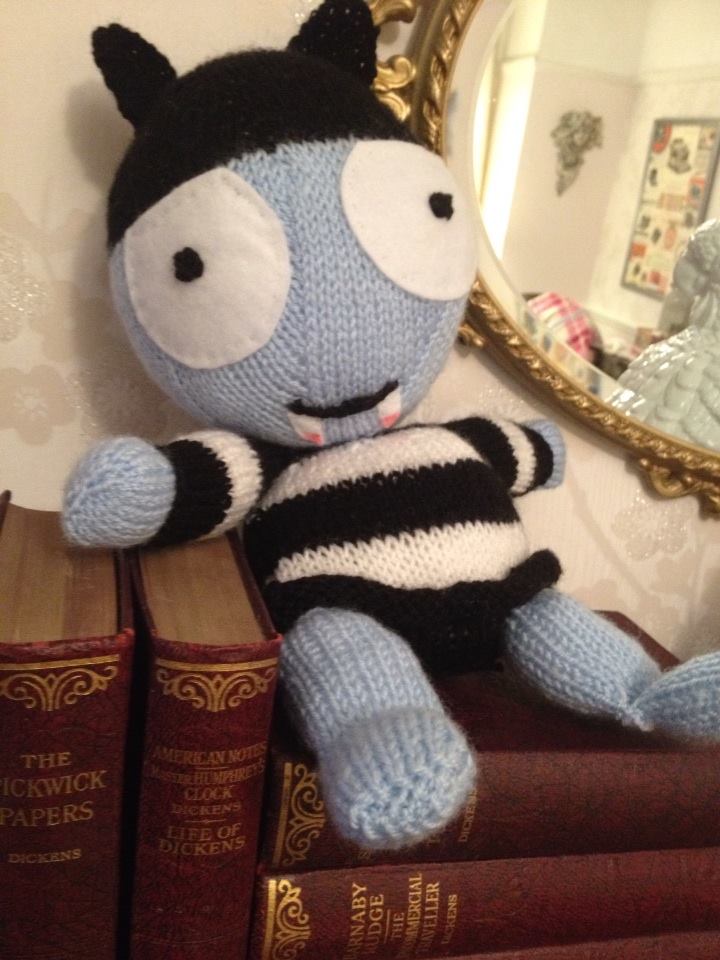 Here’s the first article: Why I hate the Word ‘Author’, and she’s recently written about how the problem seems to be ingrained in the publishing world’s very own reference systems: The Real Reason Illustrators Keep Getting Overlooked. Some excellent points made and well worth a read.

Lastly, last night I took the aforementioned dog along to the launch of Alexis Deacon and Viviane Schwarz‘s new picture book I Am Henry Finch at my local bookshop, Review. I always think of Alexis and Viv as two people who have as much book DNA as human – they just seem to ‘get’ how books should be made. I think the key thing is they just focus on creating good books and don’t worry about target markets or any of that nonsense. As as result they produce work that is innovative, thought-provoking, funny and just downright beautiful, and Henry Finch is no exception. I loved it. You can see some of the insides at the link above. Using fingerprints for the finches was inspired. Treacle approves: