The manuscript for MONSTER & CHIPS: Food Fright (or MC3 for short) has been handed in, and so I’m taking the opportunity of a brief break to catch up with various things before I’m plunged into rewrites and illustrations. 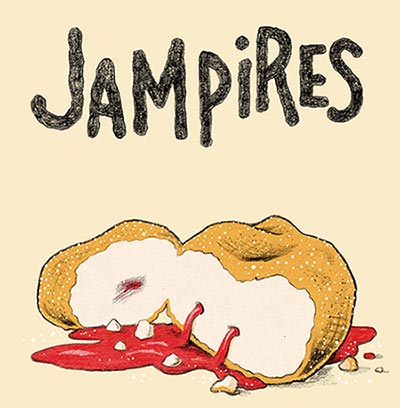 If you follow Sarah McIntyre or me on Twitter, you might have seen this announcement last week. Our long-in-the-making picture book, JAMPIRES, was on show at the Frankfurt Book Fair. It looks brilliant (though I would say that!) and I can’t wait to be able to properly be able to show it off to the world. It comes out in October 2014 – more on that nearer the time. 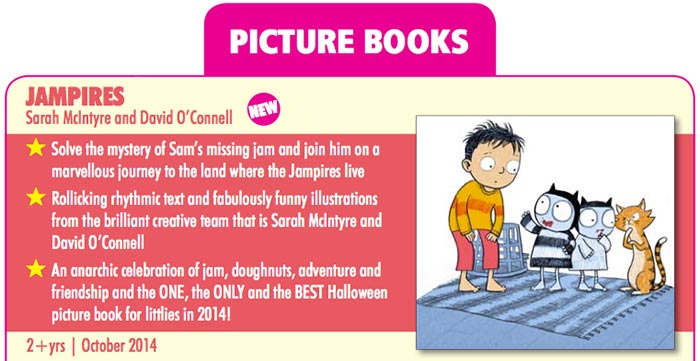 JAMPIRES started out as a ‘comics jam’ between Sarah and myself, where we took it in turns to improvise a story in comic form. I’ve been doing a bit of this in some recent workshops I’ve run at festivals and at schools. It’s such a great (and fast) way of putting a story together, with the pictorial elements (from my experience so far) being much better at generating ideas and stimulating the imagination of the participants than words alone. Here’s a lovely bit of imagination from a recent workshop: 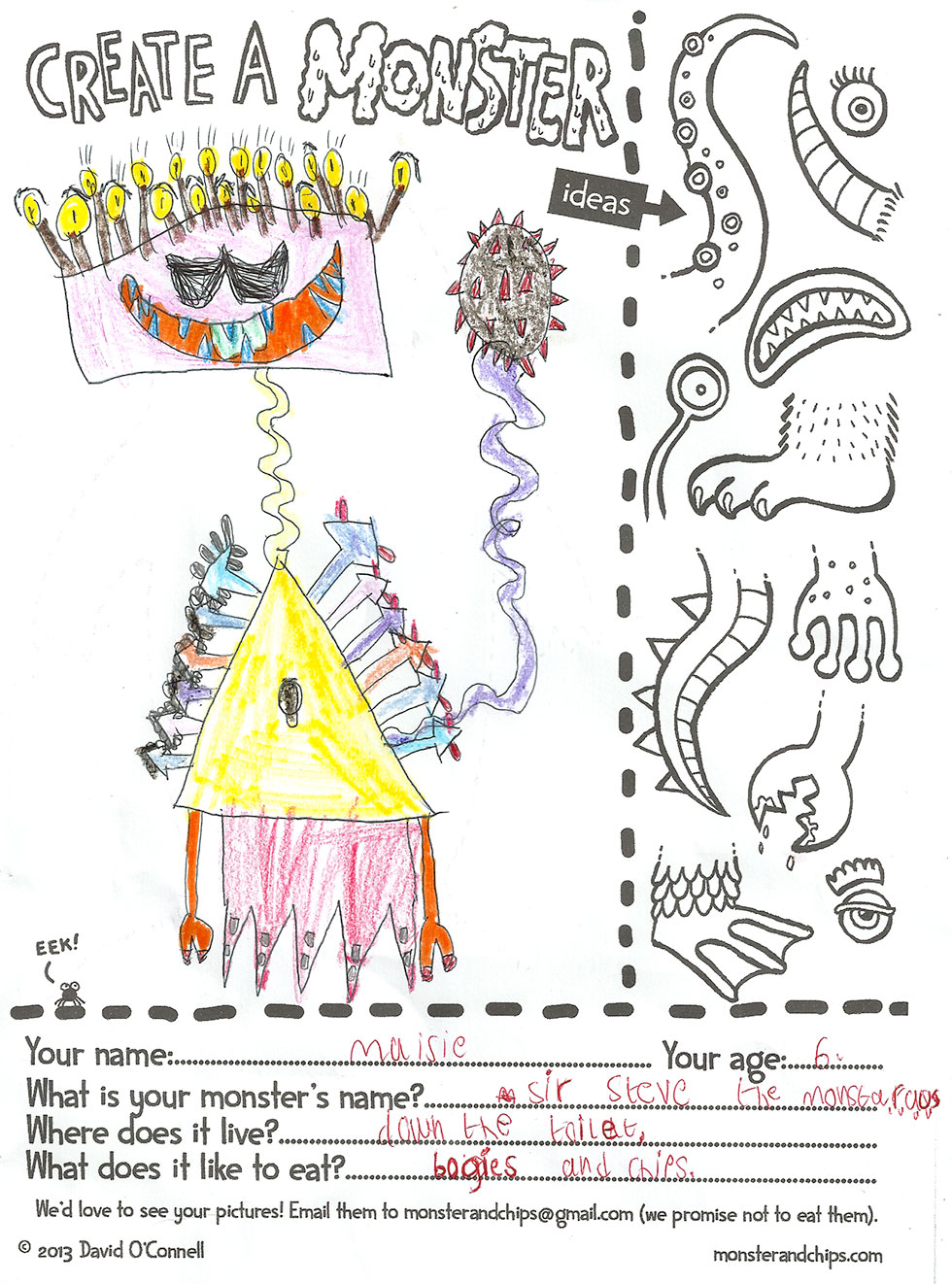 Any pictures that get sent to me from workshops will go in a gallery at the Monster & Chips website! I’ll let you know when that’s ready. You can also download the template and send your character to me. I’d love to see what you come up with! It’s the return of the one-and-only Webcomic Artist Swap Project!

Masterminded by the estimable Richy Chandler, W.A.S.P. is where webcomics creators do the illustration duties on each other’s comics for an episode. I took part last time (even though my comic Tozo was taking a break) and drew a strip for his comic Lucy the Octopus.

But now Tozo is back and I’m really looking forward to seeing how someone else handles him! Richy is recruiting new artists for the next W.AS.P. event – contact him NOW if you’d like to take part: all details at this link.

Richy’s also recently been posting  about some of the comics workshops he’s been running. Some great ideas here, which look to be producing some great results too!

Finally, there are a couple of comic conventions coming up next month: the fabulous Thought Bubble in Leeds on 23-24th November, but firstly the Autumn Comiket in London on November 2nd. I’ve a table at both events and am very honoured to have been asked to do some live drawing too as part of their Drawing Parade. It’s completely FREE to enter, so do come along!