Yesterday was a bit of struggle. 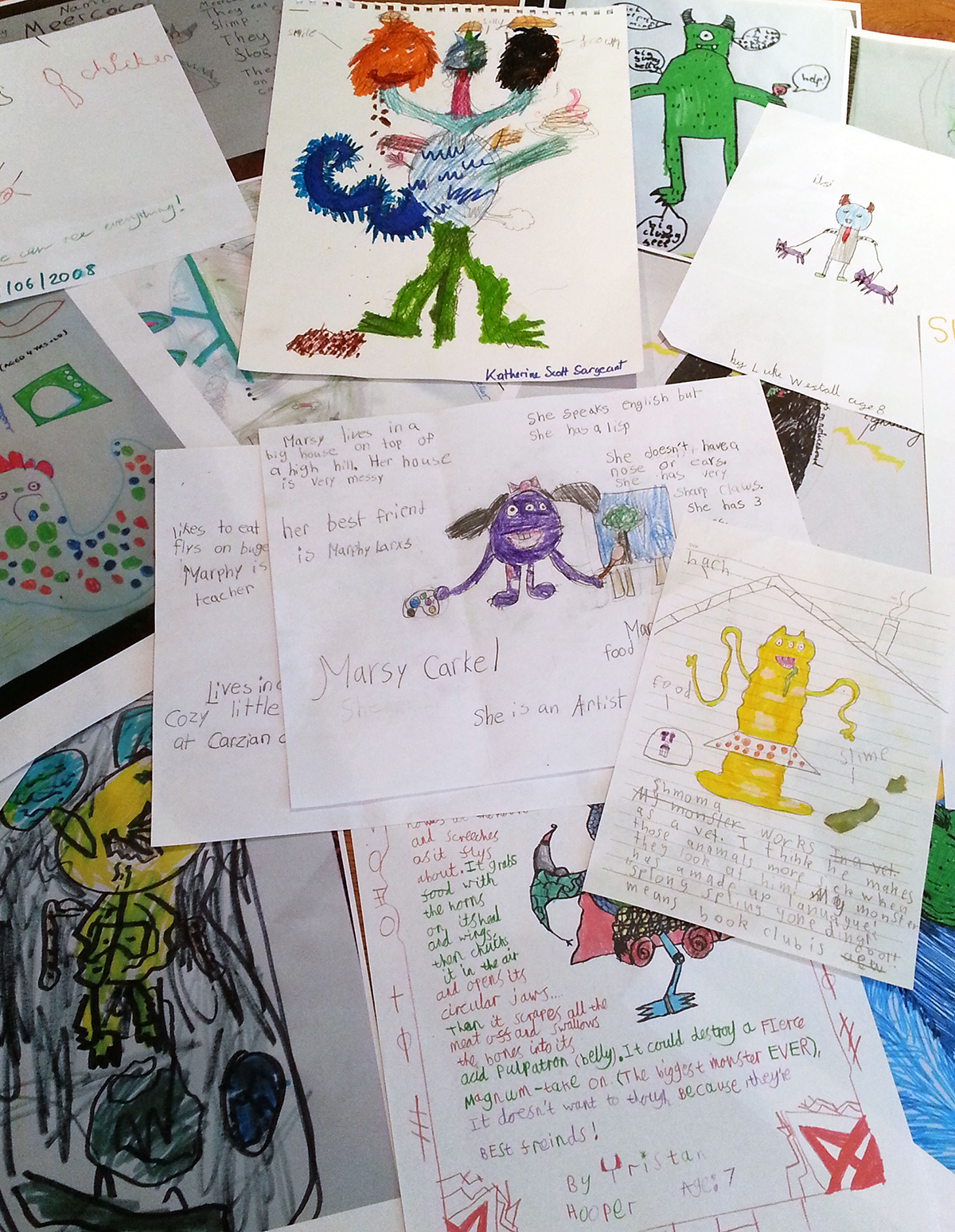 Firstly, I had to judge the entrants to the Guardian Children’s Books monster drawing competition.

It was great to see so many exciting and colourful pictures! A lot of thought and hard work had gone into the drawing (and often, the accompanying text) and it looked like the entrants had had a lot fun being creative, which is what I’d hoped. The struggle was in picking a winner. Whenever someone judging a competition says “I wish I could pick them all!” it’s easy to think that they’re not being genuine, but I really, really wish I could. Anyway, a winner has been chosen and will be announced on the Guardian website very soon.

The second struggle of the day was walking my dog Treacle through the rain to get her hair cut (it grows very quickly, probably something to do with her shih tzu ancestry, I’m told) and then back home though the rain again.

I think of my dog as being completely daft, but am often surprised by how sensitive she is to body language and mood. She knew ‘Daddy’ was in a bad temper.

And so, instead of trying to clamber onto my lap or root around in the rubbish looking for food scraps as is her usual way, she just sat, still and quiet until the mood passed. Then back to normal. 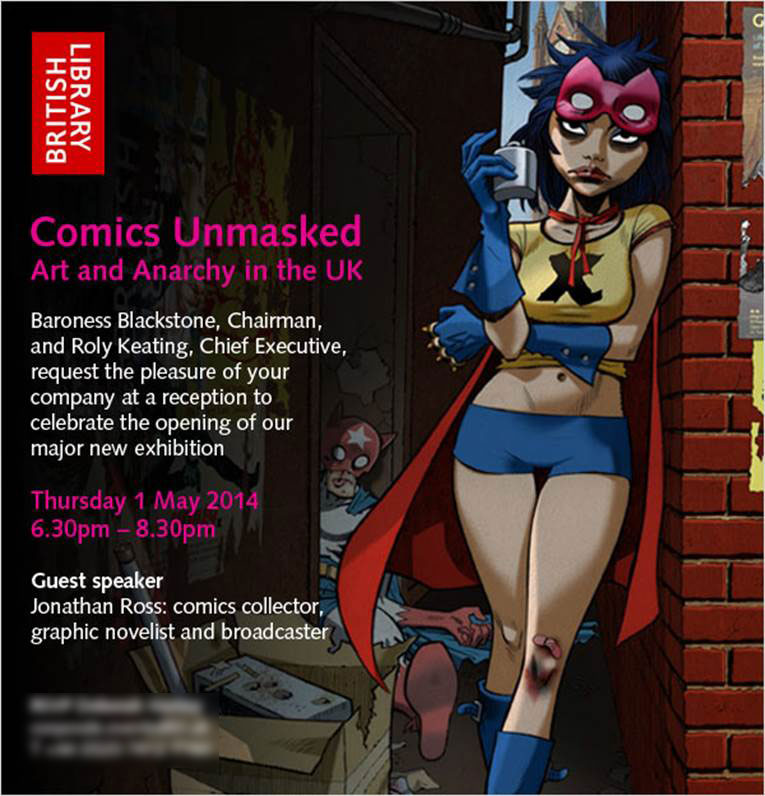 The last struggle of the day, having got myself warm and dry, was to venture out into the rain again (still sniffling from my stupid cold) to attend the opening reception for the Comics Unmasked exhibition at the British Library. Of course, I’m very glad I did. Subtitled ‘Art & Anarchy in the UK’, the exhibition is co-curated by Adrian Edwards, John Harris Dunning and the brilliant Paul Gravett. It looks at the history of British comics and their wide-ranging style and subject matter, with a focus on those works that challenge social, political and sexual boundaries. Fascinating stuff and beautifully designed by Dave McKean, it’s an amazing-looking, eye-opening exhibition.

As usual, I was hopeless at getting any photos but here are a few grabs from Twitter to give an idea of the evening. From the British Library’s own feed: 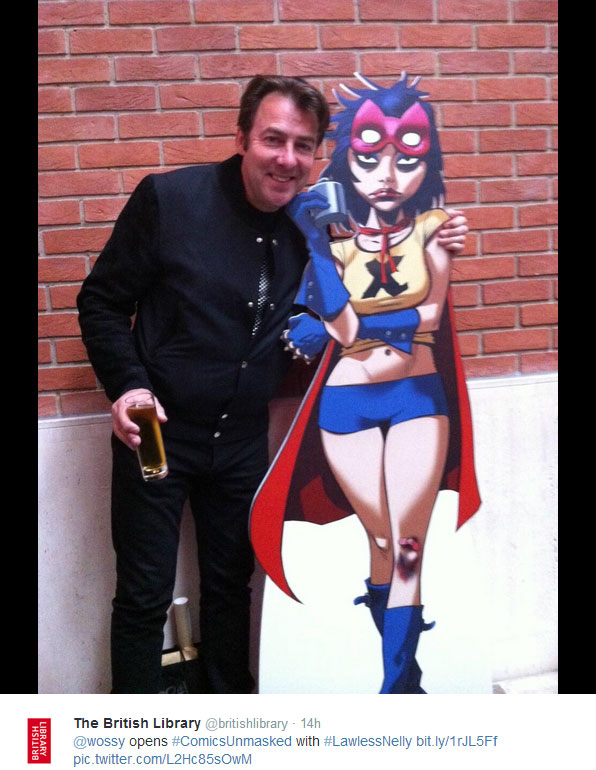 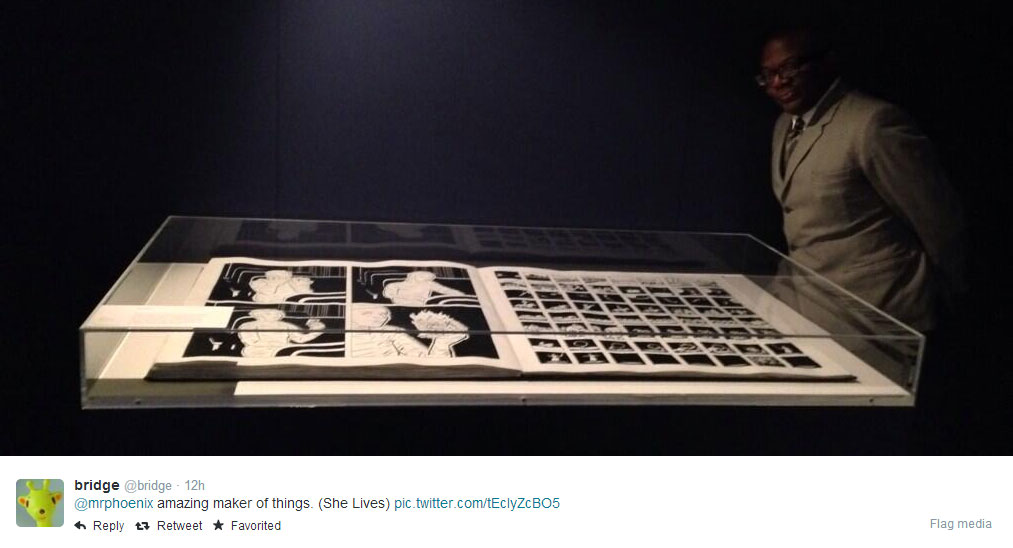 Woodrow Phoenix‘s one-of-a-kind super-sized comic ‘She Lives’. A huge piece of work in many senses. 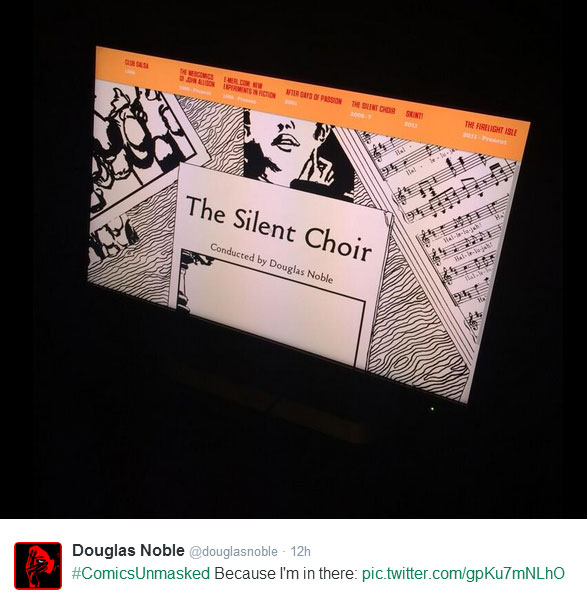 One of the nice things about the exhibition is the inclusion of screens displaying digital comics of various genres. Douglas’ work is particularly interesting and thought-provoking. I’ve being enjoying his current Parakoe series very much.

Lastly, one picture of mine! I was delighted to see the inclusion of ink+PAPER, the comics anthology that I created and edit, amongst the exhibits. It was open at the comic created by Katriona Chapman, detailing her experiences with flat-sharing and the state of the housing market. It’s a beautiful piece of work, and Katriona’s first ever comic, so I’m thrilled it’s being displayed. 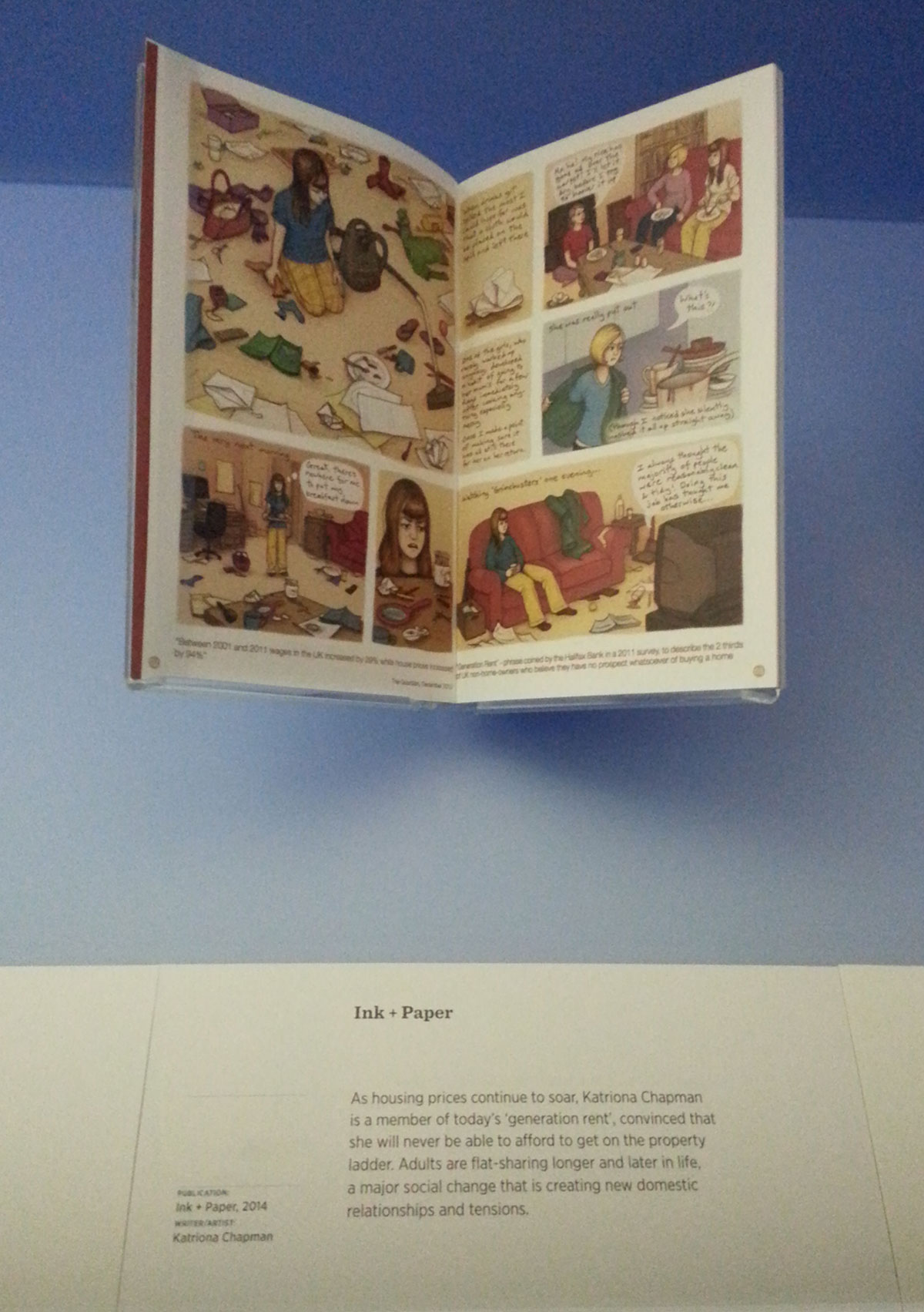 If you’d like to see Katriona’s comic in full you can get your own copy (issue #4) right here. I’ll also be selling ink+PAPER at the Alternative Press Takeover in just over a week’s time.

Details of the Comics Unmasked exhibition can be found here. There is also a series of events and workshops associated with it – I’m looking forward to seeing a personal hero, Posy Simmonds, chatting with Steve Bell in a couple of months.