I get lots of emails from readers in the Netherlands who have to do book reports for school – it sounds like it’s quite a common thing to do. Students have to find out about the book’s authors as well as telling their classmates about the story. I’m quite happy to answer questions as it’s always nice to know that people like your book enough to tell others about it.

I don’t often get to hear how the book reports go, so was very pleased to hear back from Philippe (aged 8) who was awarded a 9 for his report! I’m not surprised, as he included a monstrous menu of his own making: 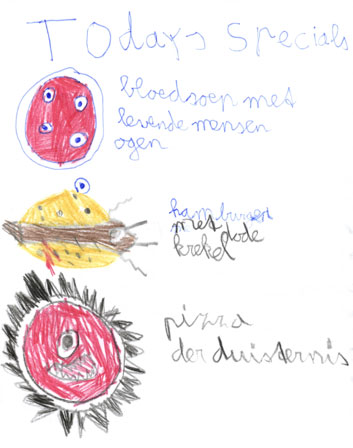 Pizza of Darkness (the title of the second Monstersnackbar book)

That is the scariest pizza I’ve seen in quite a while. I think I’d stick to the hamburger.

Philippe also included a menu made by one of his classmates.

Zombie Cupcakes with Icing and chips

Very tasty! I love the little illustrations that go with the food, just like the menus in the Monster & Chips (De Monstersnackbar in Dutch) books. 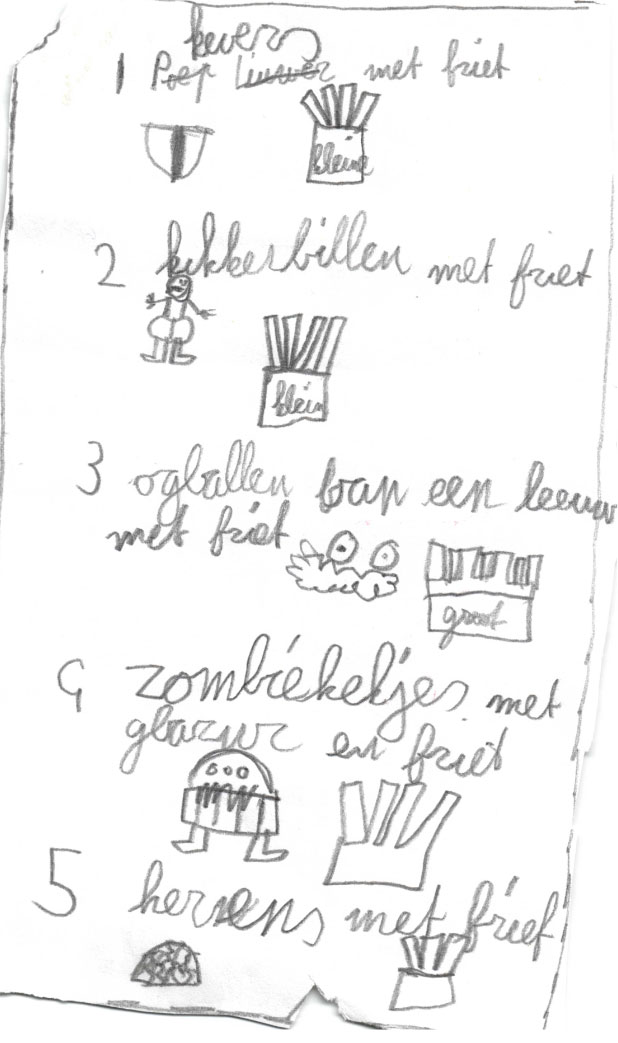 Thanks so much for sending these, Philippe! 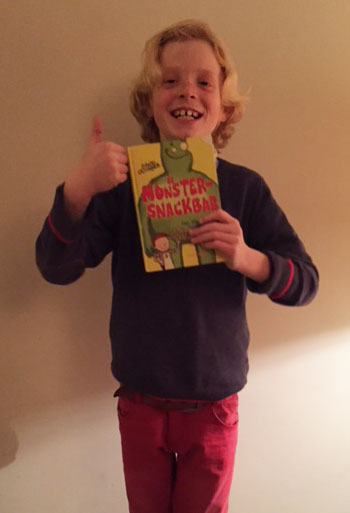