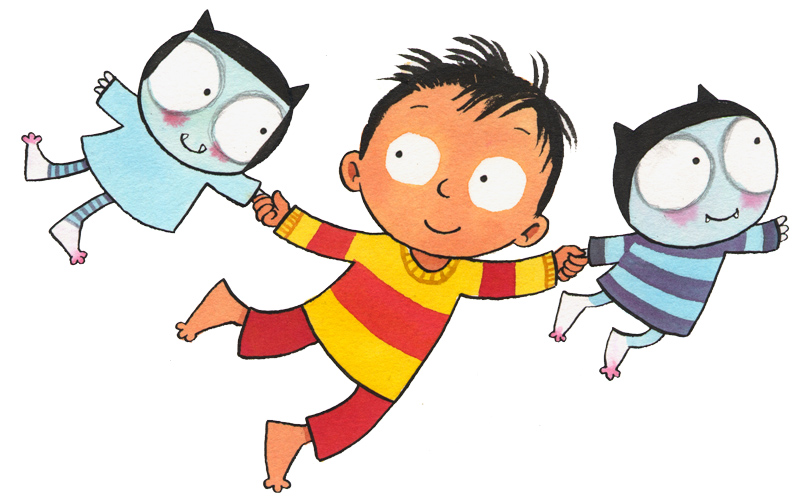 They are these cheeky little chaps! And that’s their friend Sam too. They’re flying off to… well, you’ll have to read JAMPIRES to find out! It’s a picture co-written and co-illustrated by the super-brilliant Sarah McIntyre and myself that’s out on September 4th.

Sarah asked me years to ago to work with her on a book: she had an idea about little creatures who were like vampires but preferred jammy doughnuts to human necks! Interestingly, Sarah wasn’t a fan of vampires themselves and wanted to avoid all the easily recognisable vampiric clichés. We went all around the houses trying to come up with ideas – jampires are tricky little devils to pin down – but eventually found, as is usually the case, that one of the simplest ideas was the best. And it works, even if I do say so myself. A yummy, treat-filled book, perfect for Christmas (sorry for mentioning it in August but it really is!). We have a JAMPIRES website too where you can read more and have a go at some fun activities.

The book is a true collaboration: we worked on the text together, then Sarah drew the finished art over my page roughs. I think this might confuse some people who are more used to the idea of author and illustrator being something separate but it can make for a very satisfying creative experience for the people involved. Sarah has gone on to further collaborative projects: her books with Philip Reeve (Seawigs, Cakes in Space) are also co-productions and have been widely acclaimed.

One of the collaborative tools we employed was the appropriately named ‘comics jam’. We improvised a comic together to generate story ideas, taking it in turns to write and draw a page, never knowing what was going to happen next!  You can read the whole comic here. We’ve had some copies of the comic printed – if you see us around we may let you have one. Here’s a page from the comic that explains how we worked (click for a bigger view): 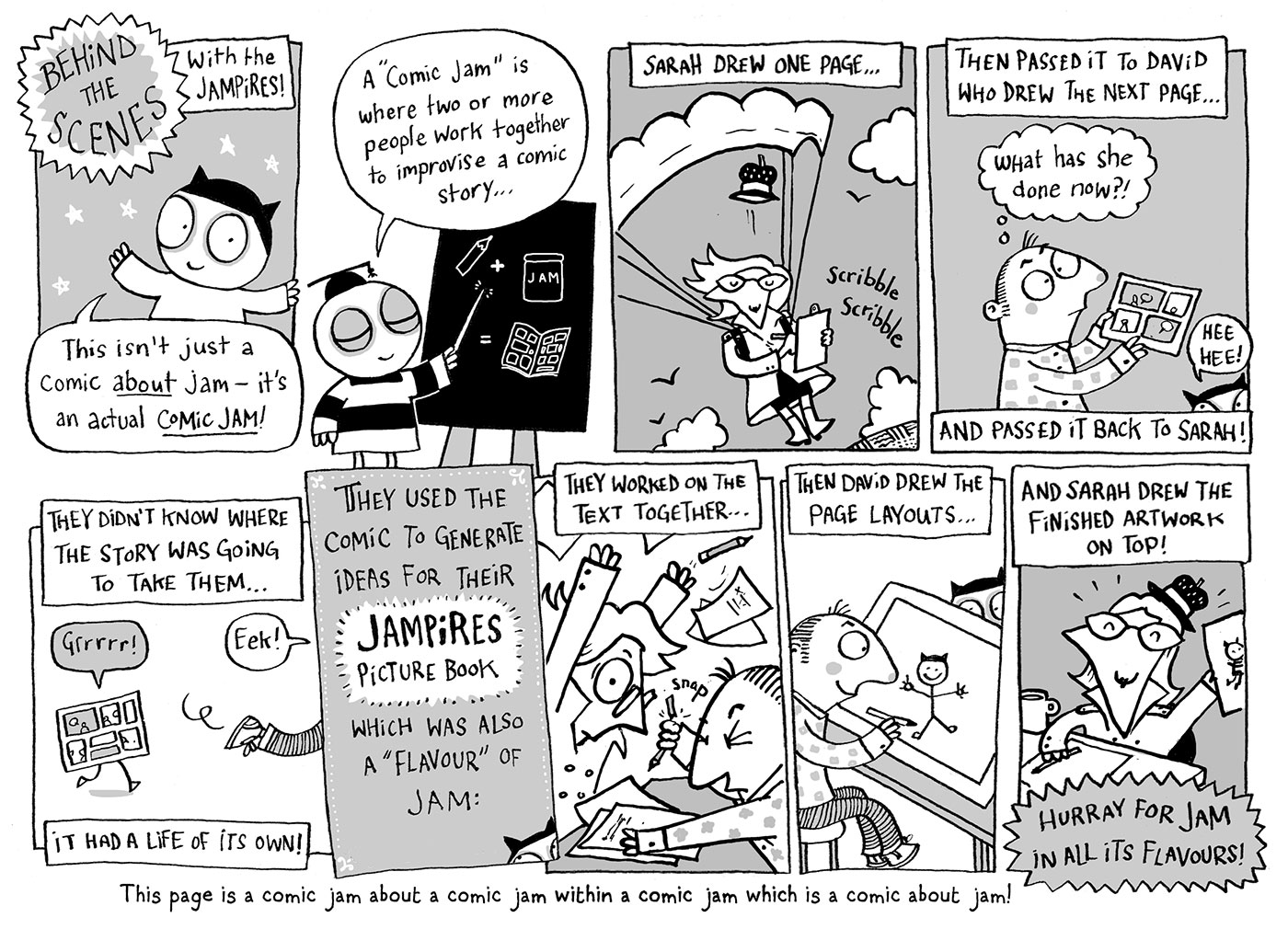 Comics jams are a great way to make comics with friends or classmates – we’ve used them in workshops and events and the ideas come thick and fast. Find out more about how to make your own comics jam on our Jampires activity page.

We are launching the book at the end of this month at Jamie Oliver’s Big Feastival. Our amazing publicist Philippa Perry has even commissioned a special Jampires Jam from boutique jam-maker The Butch Institute for the occasion. Can’t wait to try it! We’ve also had a photo shoot (photographer: David Warren) in our glitzy Jampires event costumes – so showbiz! There’ll be more about JAMPIRES and the launch very soon, so keep an eye on our Twitter feeds: @davidoconnell and @jabberworks for more. 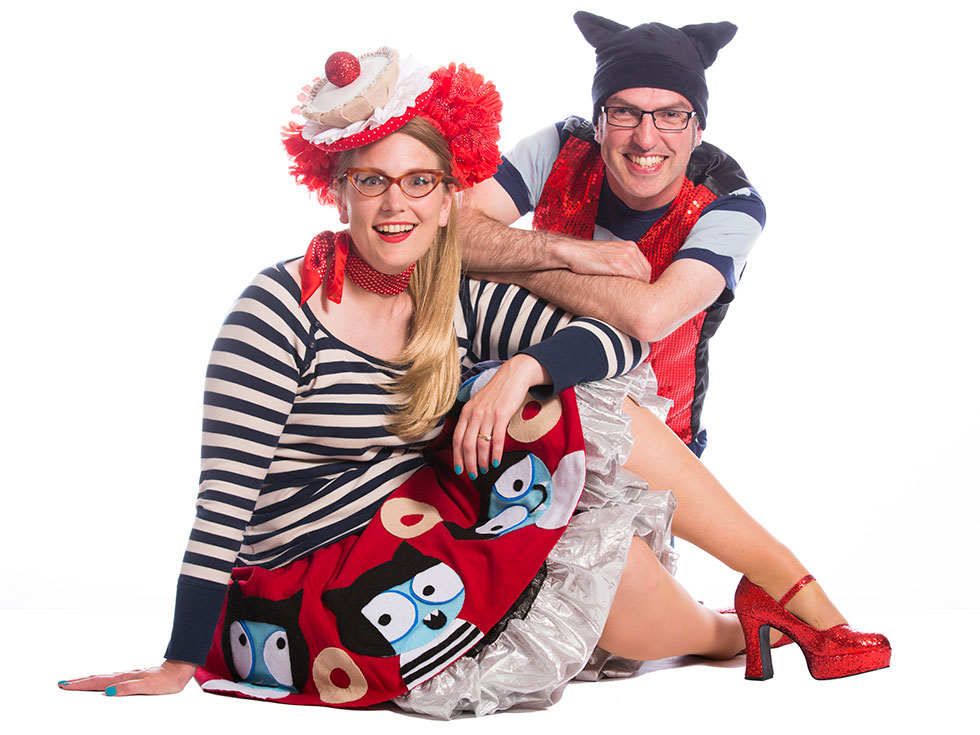