It’s been a busy few days with a bit of wandering around but I’m back home and suffering silently (NOT REALLY) with a nasty cold. Here’s what’s been happening:

Also known as the Chipping Norton Literary Festival, it’s a relatively recent addition to the literary festival circuit. However, that hasn’t stopped it being ambitious in its programme as well as beautifully organised – and all in a lovely setting up in the Cotswolds.

I was there as part of the Schools Programme, visiting Kingham and Chadlington Primary Schools for some monster drawing workshops! Here’s a pic of me in action that I’ve stolen from the Twitter feed of the wonderful HarperCollins publicist Becca Palmer (@BeePea91) who was super-efficient in getting me out into the wilds of Oxfordshire and back again, safe and sound. 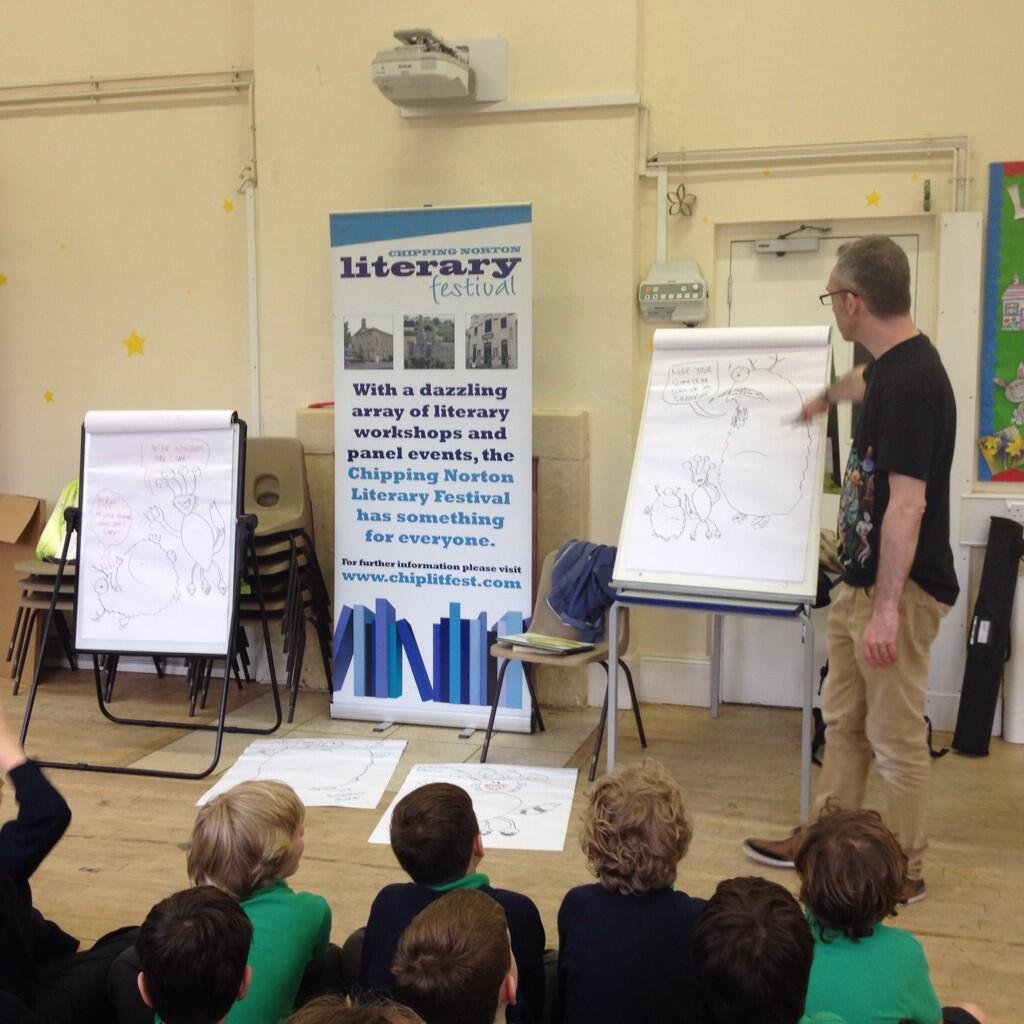 The children came up with some brilliant ideas (no surprises there, from my experience with these events) but also asked some very direct questions about writing and creating books – some budding authors there, I think. Either way, it was a lot of fun!

Here’s a pic (also stolen from the Twitter feed of @ChipLitFest themselves) of some of the other authors attending the Schools Programme at a superb dinner organised by the festival team at The Chequers: 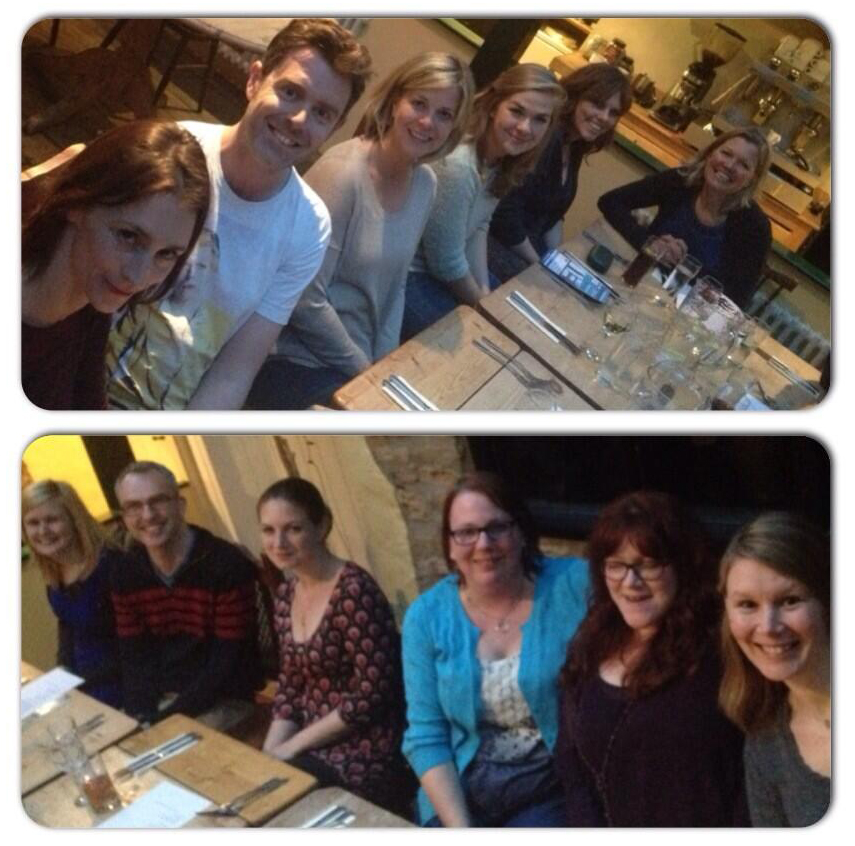 Thanks so much to everyone behind the scenes at the festival: drivers, selling volunteers, food makers and wonderful bookshop Jaffe & Neale for hosting our lovely Green Room. It all made for a brilliant time!

After the festival I dashed off to Heathrow airport to catch the last flight of the day to Amsterdam. I lived there for a couple of years and absolutely love it. It’s been four years since I’ve been back, but as soon as I stepped off the ‘plane everything felt very familiar and I was very much at home. It was the weekend of the first King’s Day so all the locals were in a party mood, filling the city with a relaxed but convivial atmosphere. 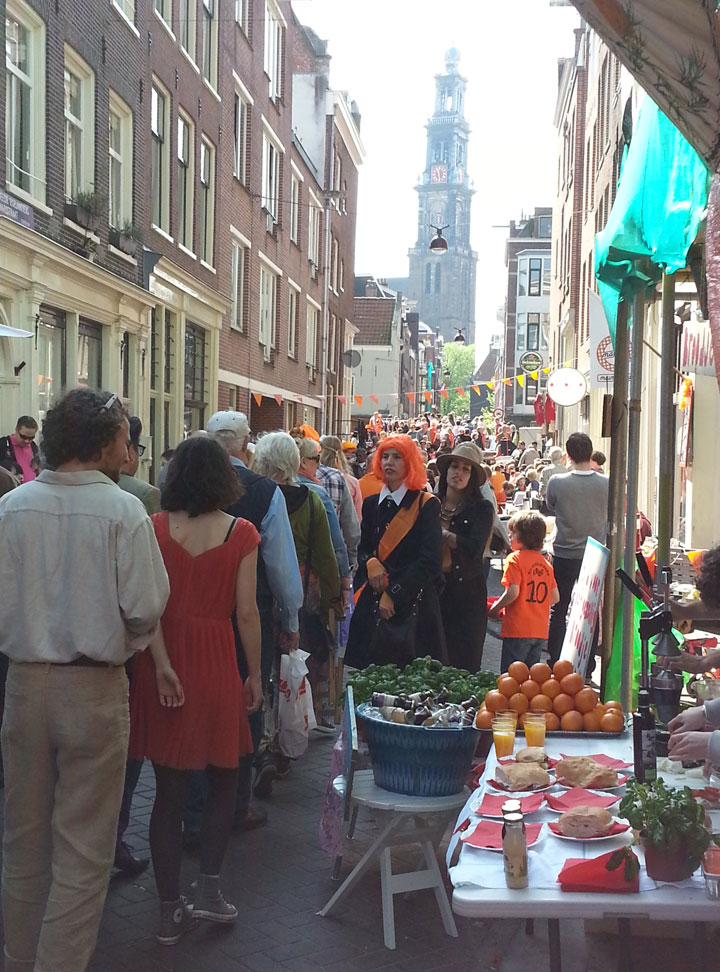 Saturday had the perfect weather for wandering around old haunts, looking for bargains in the tax and licence-free flea-market that’s permitted just for the day, and also for general people-watching. Everyone wears the national colour of orange so the streets and canals have a vibrant and jolly feel to them. 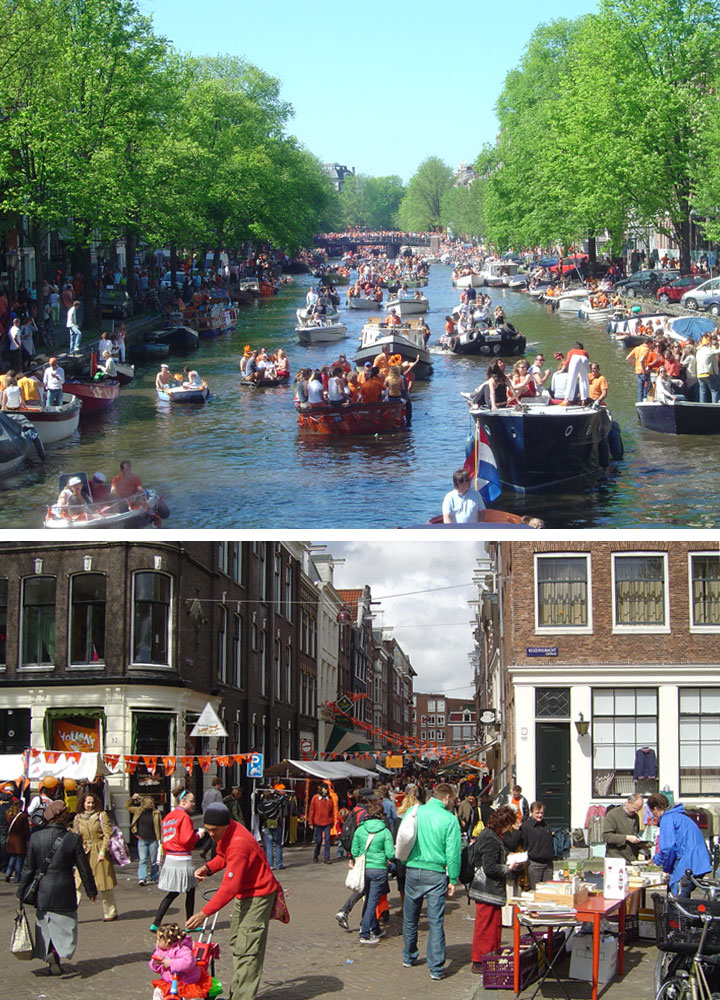 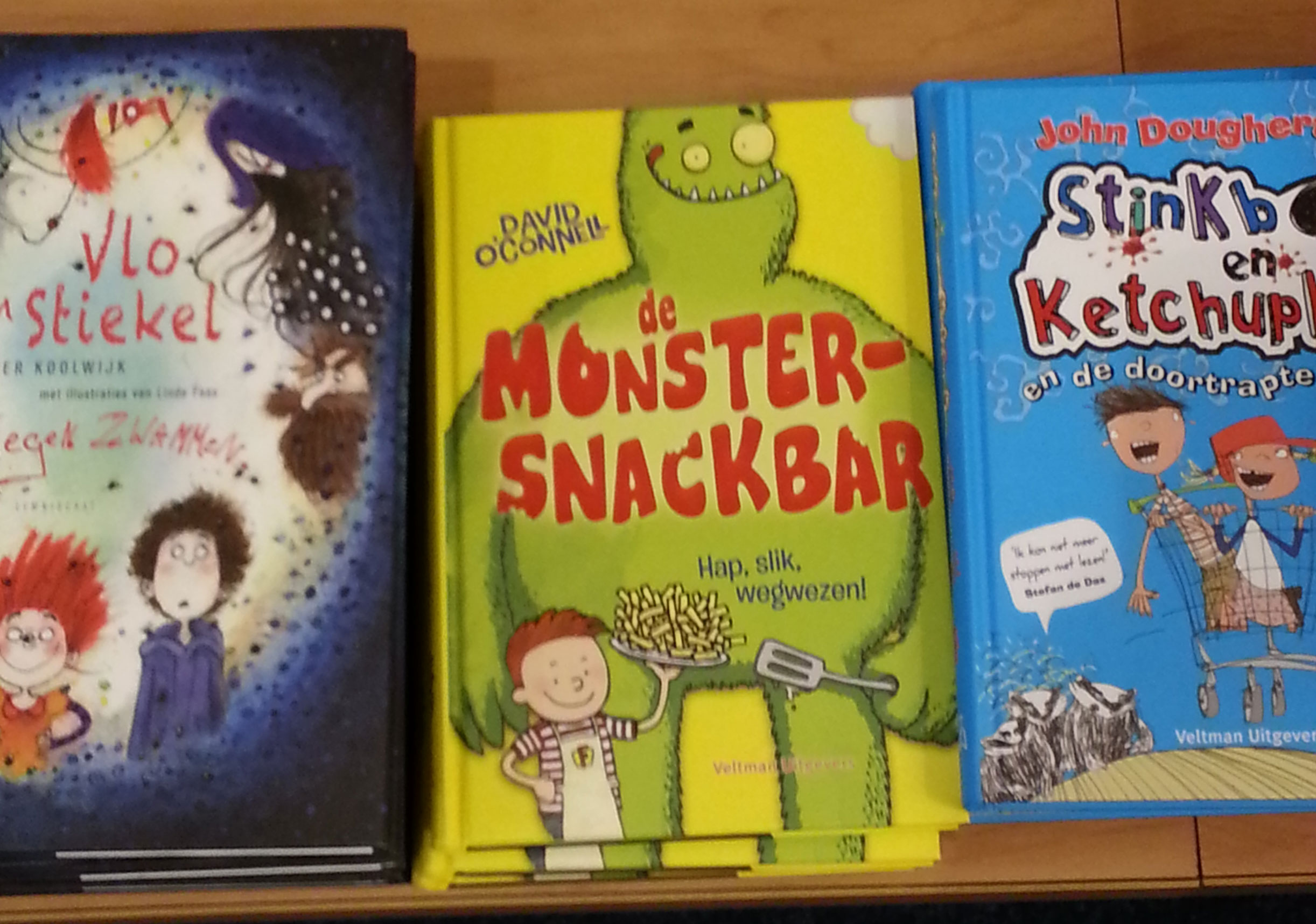 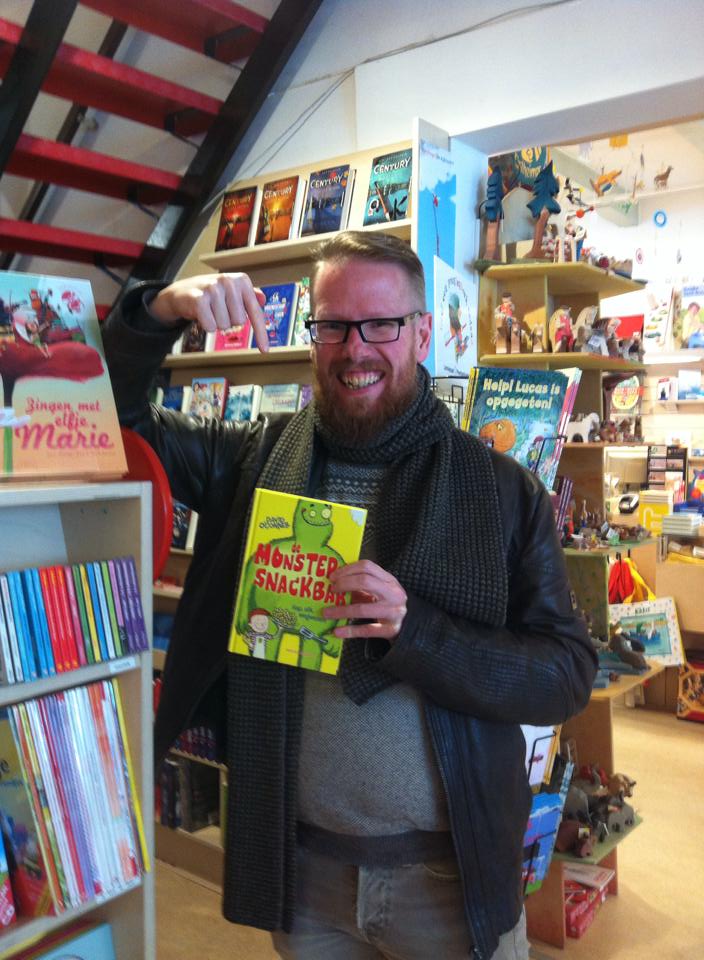 It was also a chance to spot the Dutch edition of Monster & Chips or De Monster-Snackbar, as it’s called, out in the wild. Excitingly, it was on display in the five-storey Scheltema bookshop on Koningsplein.

De Monster-Snackbar looks great in this hardback edition. It’s published by Veltman-Jeugd and translated by Sandra Hessels. There were lots of fabulous picture books on sale, so I picked up a few of those as souvenirs too.

Coincidentally my friend Dirk spotted De Monster-Snackbar in SpeelBoek in Amersfoort at the same time! Thanks, Dirk.

Added to that, I started a novel a while back and am keen to get it finished in the next year or so – will have to fit that in somewhere.

Some events: I’ve mentioned the Alt Press Takeover in a previous post. I’ve also got myself a table at the MCM Expo at the end of May which is usually pretty crazy. It’s a while since I’ve been to an Expo so I’m really looking forward to that.

Before then, I’m in Oxford at the Bookfeast for more monster shenanigans. See you there?