I’ve just come back from a holiday (more about that tomorrow) to find that The Guardian have posted some of the entries to the Monster & Chips competition that ran a while ago. 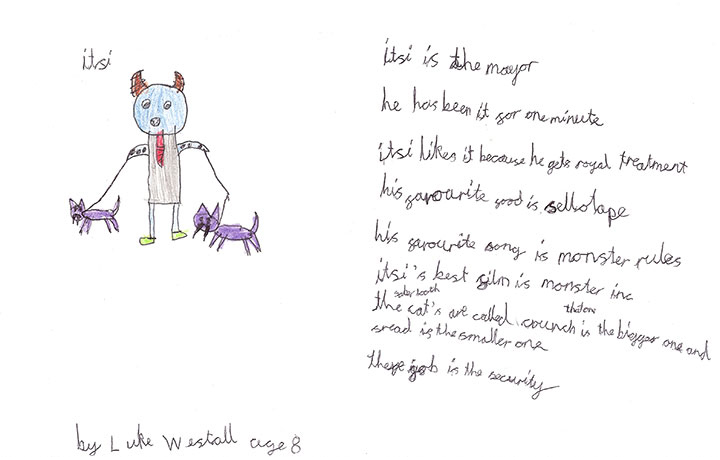 And here’s the winner: congratulations to Luke Westall! I chose his character, Itsi, as I thought Luke had shown the best imagination in both his drawing and in the things he had written about his character. There was a lot about Itsi’s personality and how he would fit into the world of monsters: I could just see him in a Monster & Chips story. Also, sabre-tooth cats are very cool.

Part of Luke’s prize was a drawing of Itsi by me, so here’s my version: 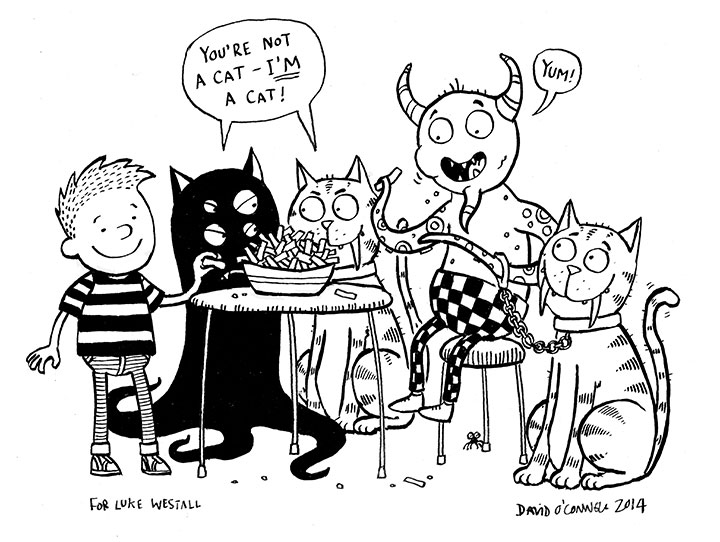 Huge thanks to The Guardian for hosting the competition! You can see a whole load of other entrants here.

Here’s another bit of Monster & Chips artwork sent to me recently – a great picture of Joe, chips and all, drawn by Tomos Rees. Tomos’ mum and dad are old friends of mine – apparently he likes to draw every night before bedtime. I wish I could be that organised! 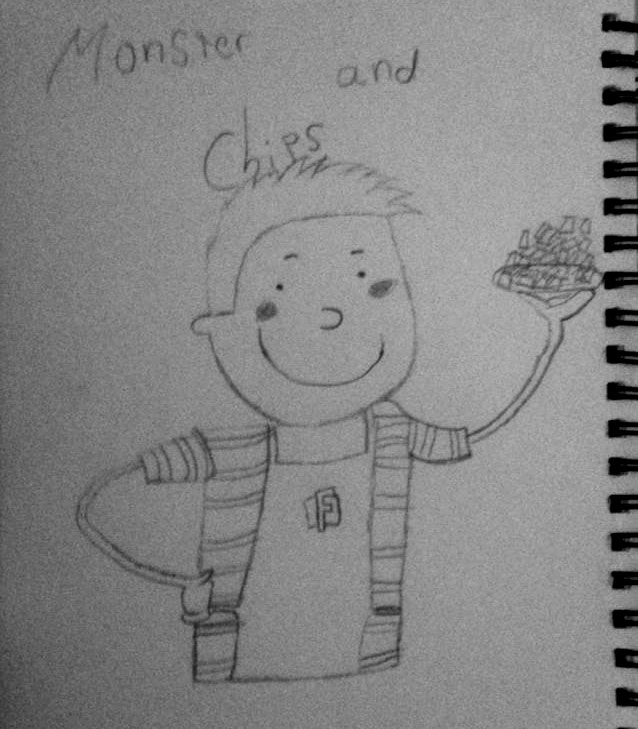 I’ll be at the London Film & Comic Convention in a couple of weeks. It’s not an event I’ve been to before and I’m really looking forward to it.

As well as all the comics folks there will be all sorts of film types making personal appearances: Princess Leia, a couple of Doctor Whos and a few of the cast of Games of Thrones that are still alive (and some that are not)! And there is a YA Literature Convention being run in parallel, curated by the current Children’s Laureate, Malorie Blackman. Should be a lot of fun!