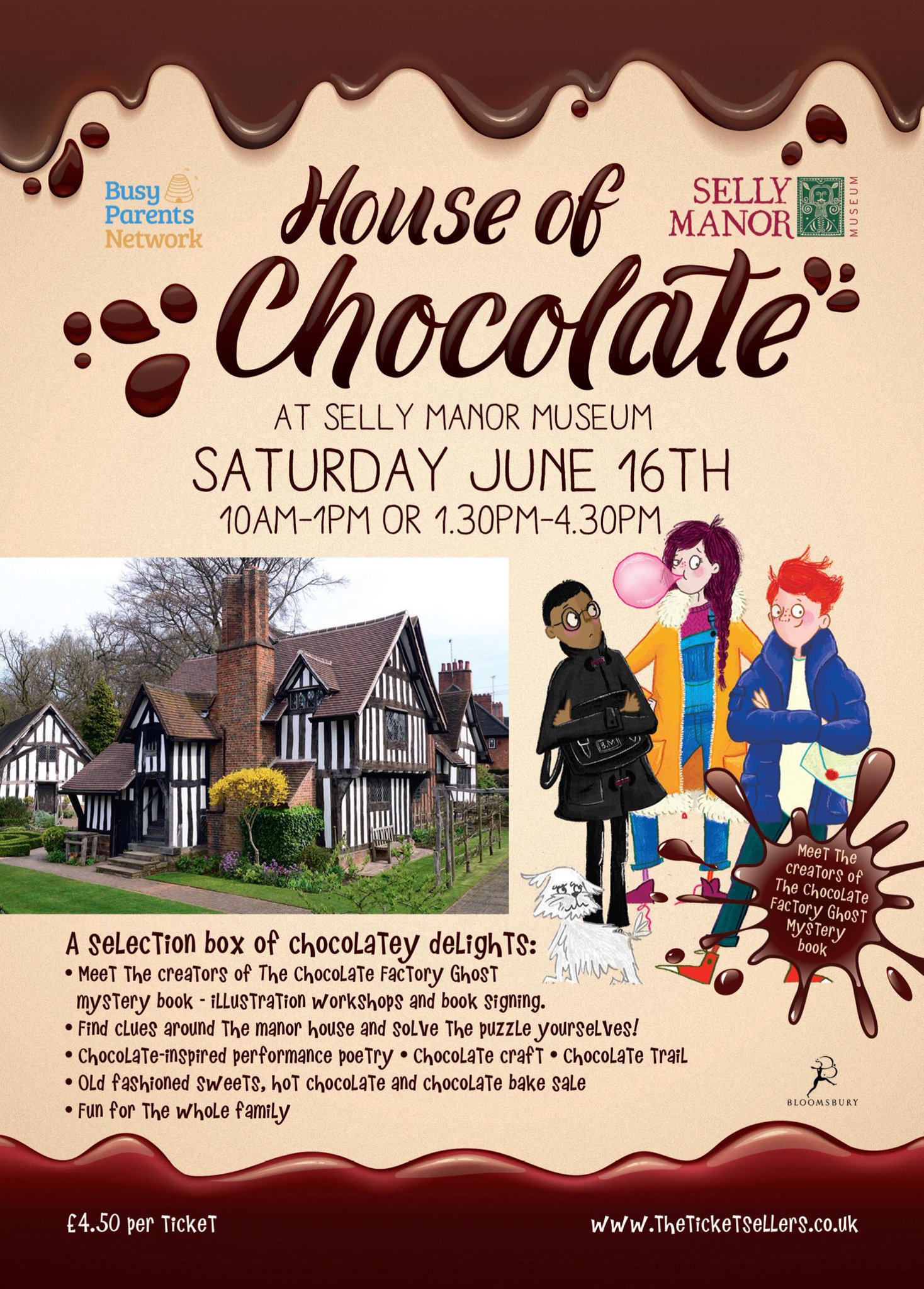 Last Saturday, Claire Powell and I went to Bournville, home of Cadbury’s chocolate factory, for a rather fabulous event held at Selly Manor. This Tudor manor house (it actually dates back to at least 1327, but has had alterations since) was transported in the early 20th Century to Bournville from nearby Bournbrook. George Cadbury wanted it to be one of the centrepieces of Bournville village, and in doing so saved it from destruction.

Bournville is an amazing place, a model village built by Cadburys for their workers. It’s very picturesque, with plenty of the Cadbury trademark purple in evidence, and well worth a visit if you’re visiting Cadbury World nearby.

For our event, organised by Sarah Mullen of the Busy Parents Network (who also organise the Bournville BookFest), Selly Manor had been transformed into Honeystone Hall! (You can see the sign over the door way below.) It was just part of a day of chocolate-themed events taking place in the Hall and its gardens. 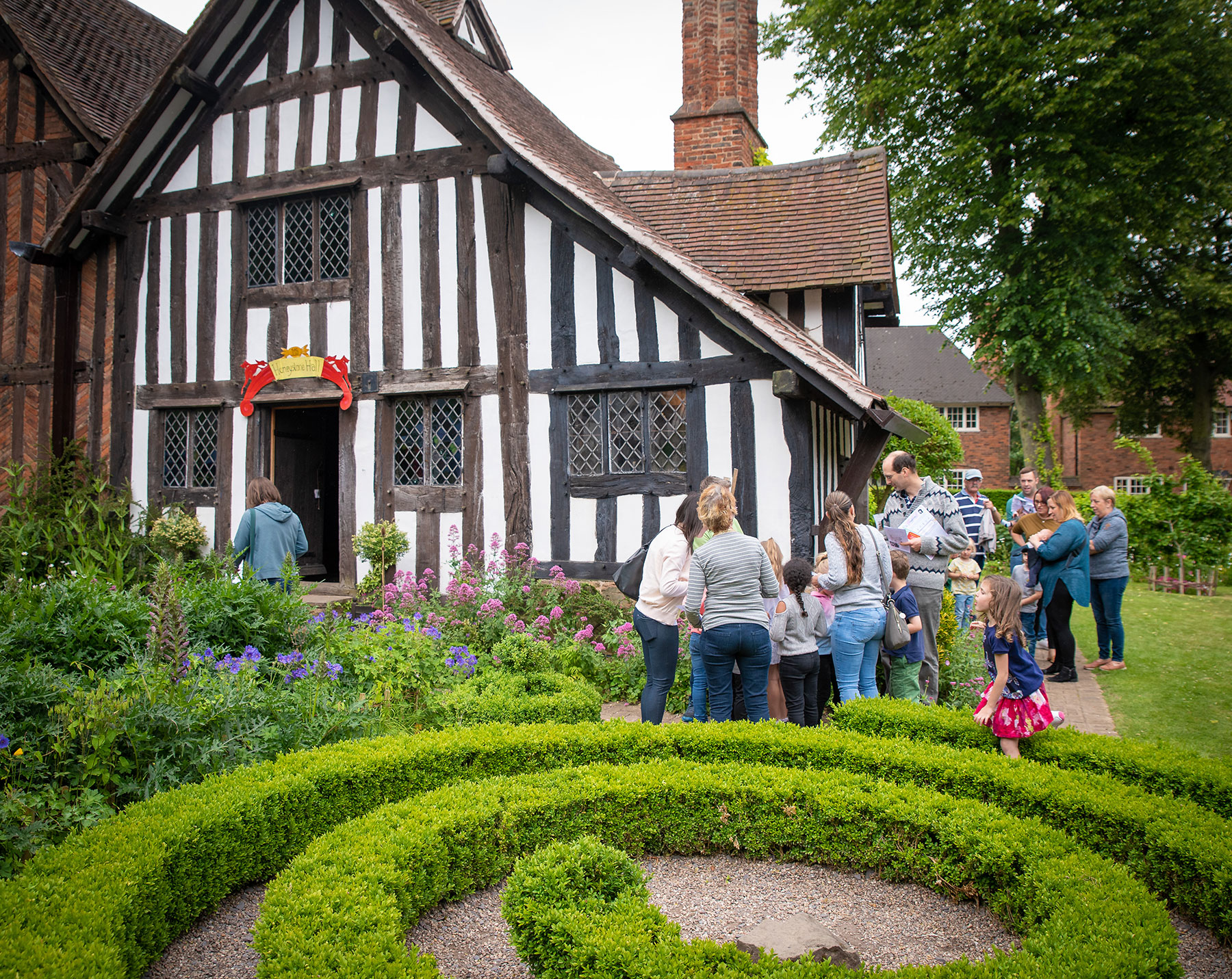 There were chocolatey cake stalls, a demonstration from a Cadbury chocolatier, a poetry workshop and a treasure hunt trail based on The Chocolate Factory Ghost. Along with our own drawing and story-making session in the adjacent hall, the Minworth Greaves. 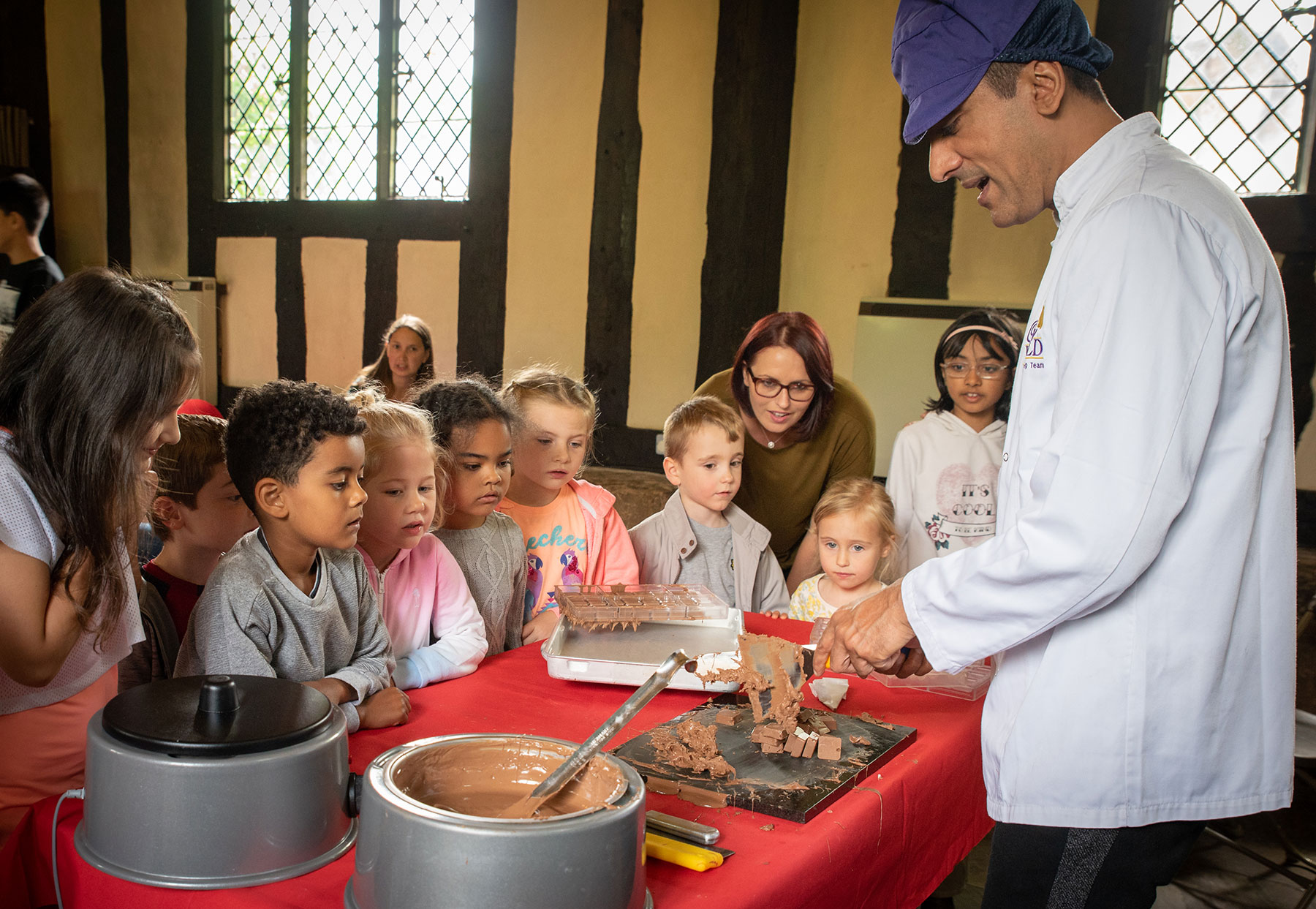 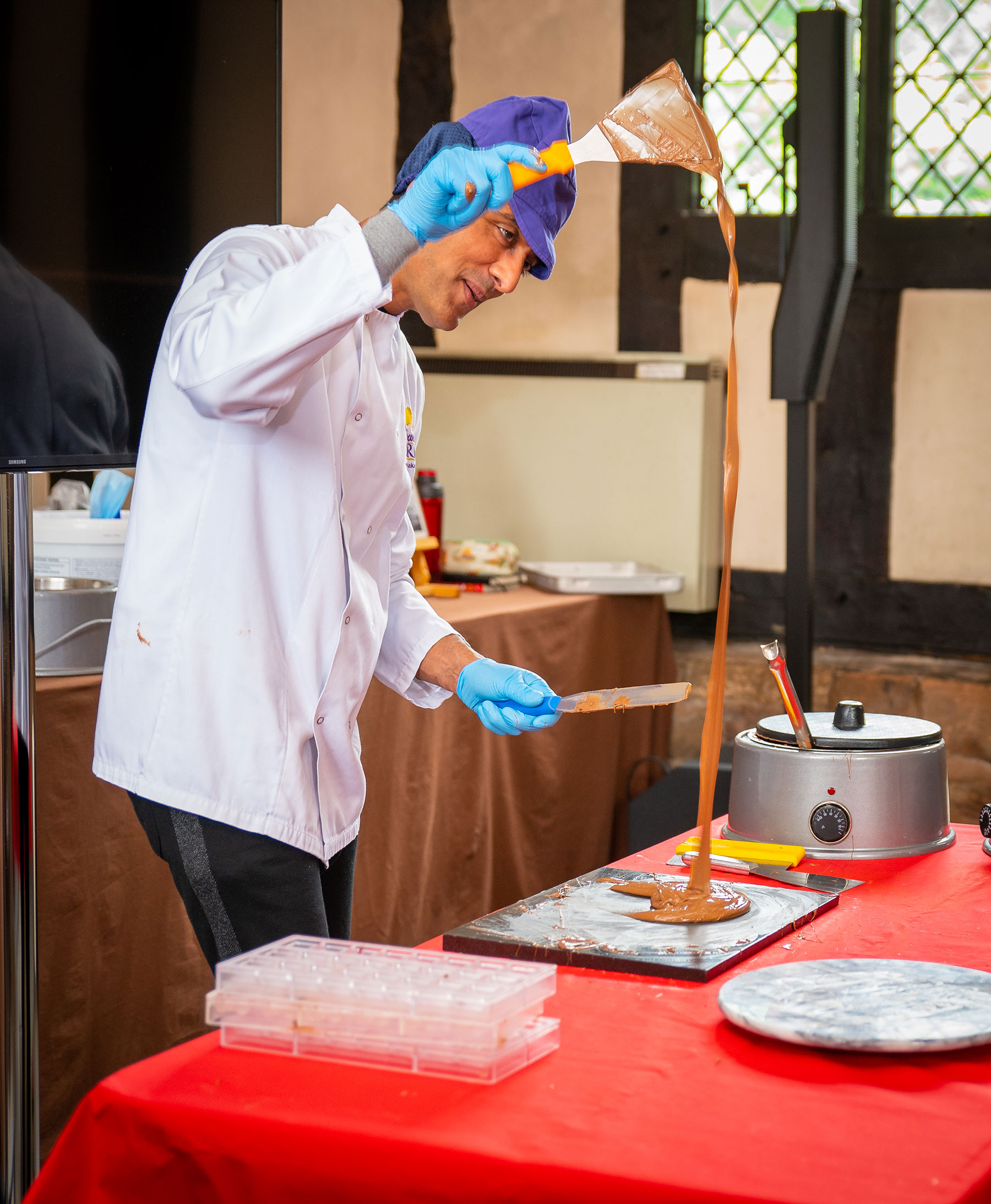 The chocolatier in action. He showed how to temper chocolate to make it shiny and smooth for use in cooking. The smell in the hall was amazing! 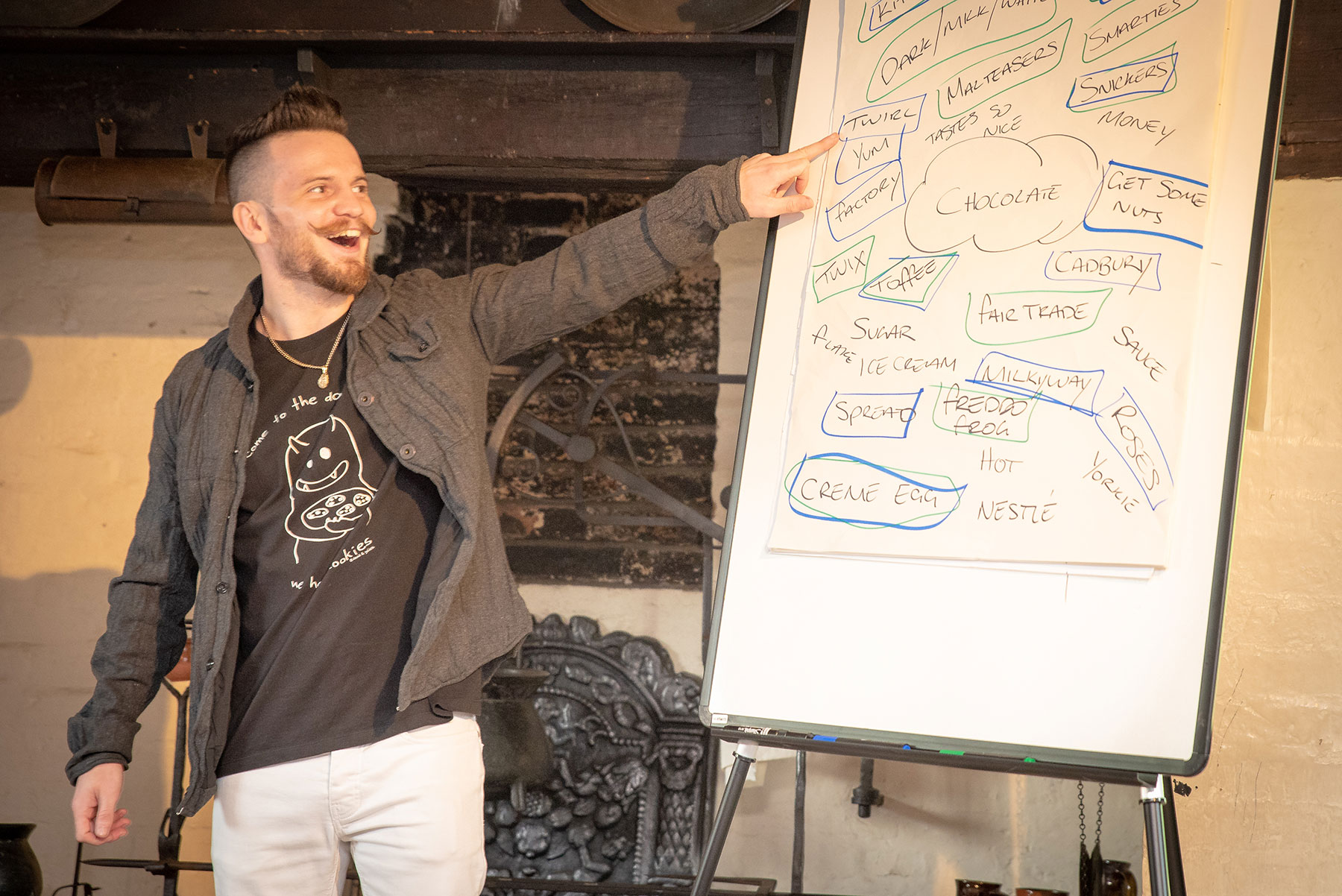 Birmingham Poet Laureate (and boxer) Matt Windle turned the children into ‘chocolate rappers’ with his poetry workshop. Over lunch he talked about his work in schools and prisons, connecting people with poetry. It was very inspiring to listen to him. Also he divulged the secret to his sculptured moustache: a handy Pritt stick! 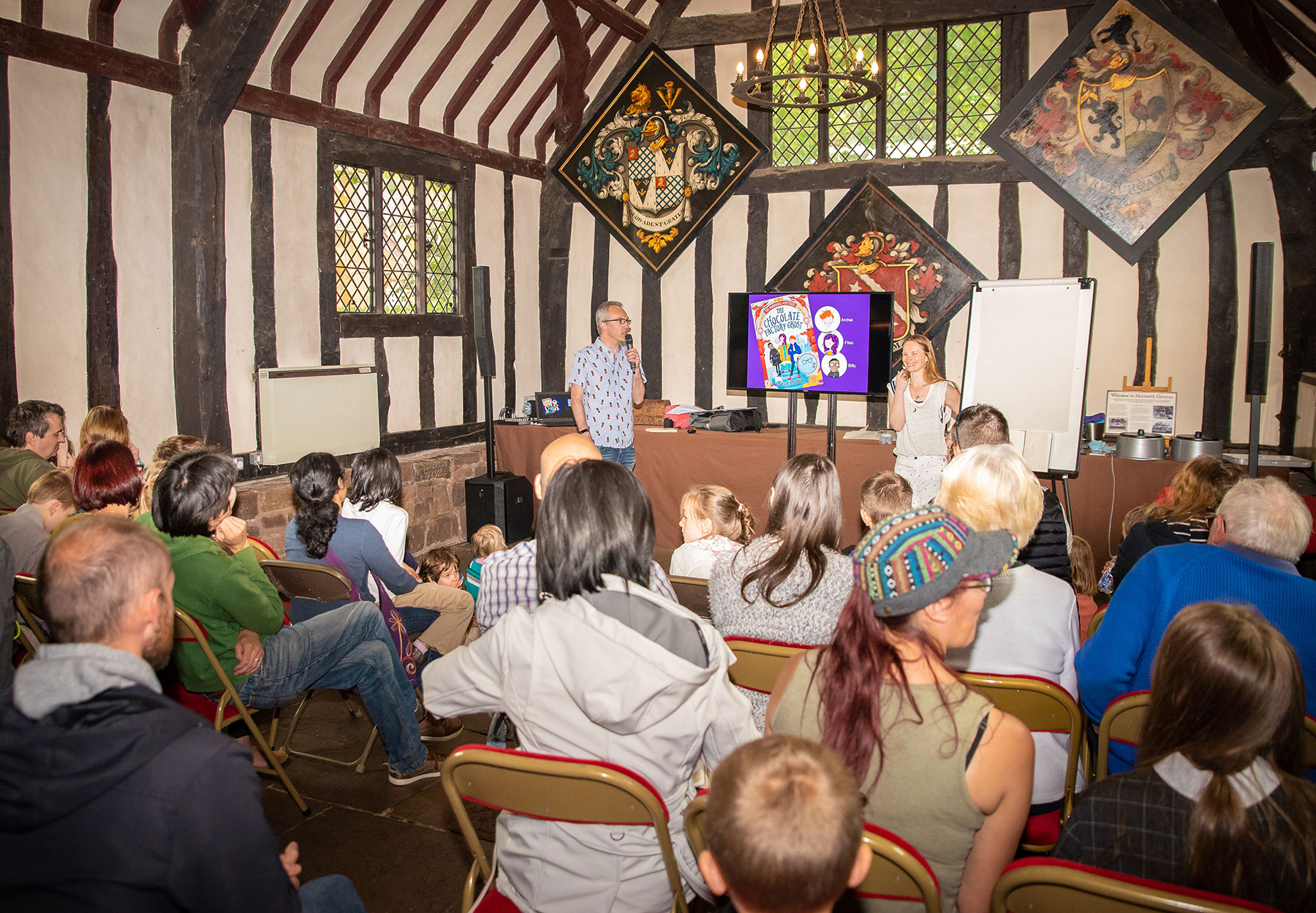 Claire led the children in a monster-making session, before I did some interactive story-telling with volunteers from the audience. There was lots of imagination at work. 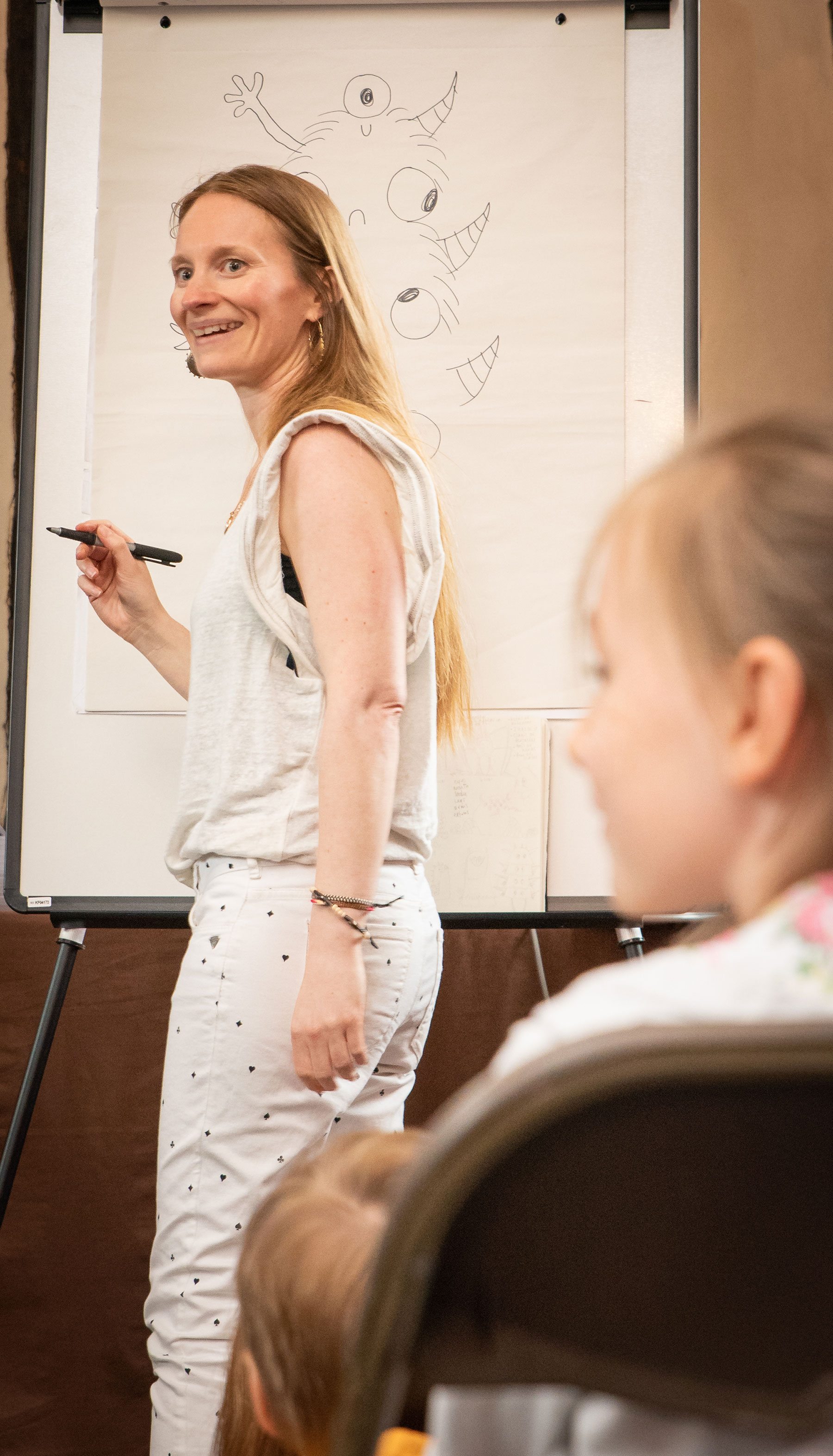 It was such a beautiful setting for an event, and everyone made us feel very welcome. Thanks so much to Sarah and all the volunteers at the Manor for their hard work, as well as our Bloomsbury publicist Emily Moran who looked after us – a really special day.

All these lovely photos were taken by Dan Cottle. You can find him on Instagram here.