It’s been another tough year – perhaps tougher than the last one. Endlessly waiting for things to go back to ‘normal’ and slowly realising that might not (ever) happen, and not been able to establish a new ‘normal’ because the situation continues to change. The only option is to keep going!

Thankfully, I’ve had plenty of work to distract me. I illustrated six books during 2021, wrote one book and had five books published (one of which I wrote, the rest I illustrated). I had some great press and publicity, and am set up with work for next year – I can’t ask for much more than that.

My last update was in April. Here’s what’s happened since:

July:  The first of two Naughtiest Unicorn books  came out.  In The Naughtiest Unicorn on Holiday, Dave and friends go on a camping trip. Making friends with beavers, foraging for marshmallows and wiping your bum with leaves – all the ingredients for a classic vacation! 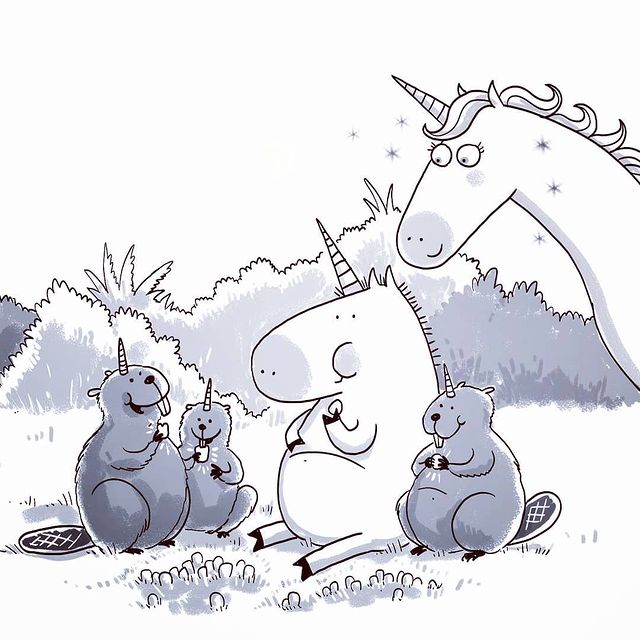 September: It was swiftly followed by the second! September is when all the Christmas-themed books get released. The Naughtiest Unicorn in a Winter Wonderland is a suitably snowy addition to the series, with the Unicorn School gang off on a winter sports holiday which includes a yeti encounter! Dave the unicorn isn’t the keenest sportsman but it doesn’t stop him getting involved. 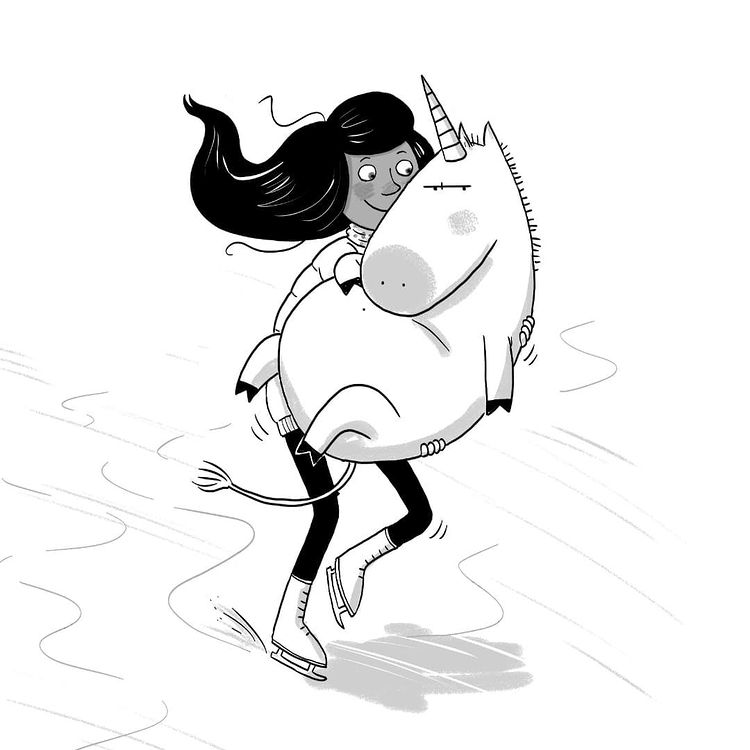 There are two more Naughtiest Unicorn books on the way next year (one of which I illustrated this year) which will bring the series to eleven books so far! I’m astonished as just how popular this series has been and love seeing the reaction whenever a new book comes out.

During the spring and summer I also finished writing the second book of the Smidgens series (out in April ’22) and illustrated a new book for TV doctor Dr Ranj Singh (Feb ’22) and a book by author Jenny Pearson (Feb ’22). More on those in the future.

December: Finally, the remaining book I illustrated comes out right at the end of 2021. Breaking News: How to Tell What’s Real from What’s Rubbish is a non-fiction book written by BBC TV journalist Nick Sheridan. 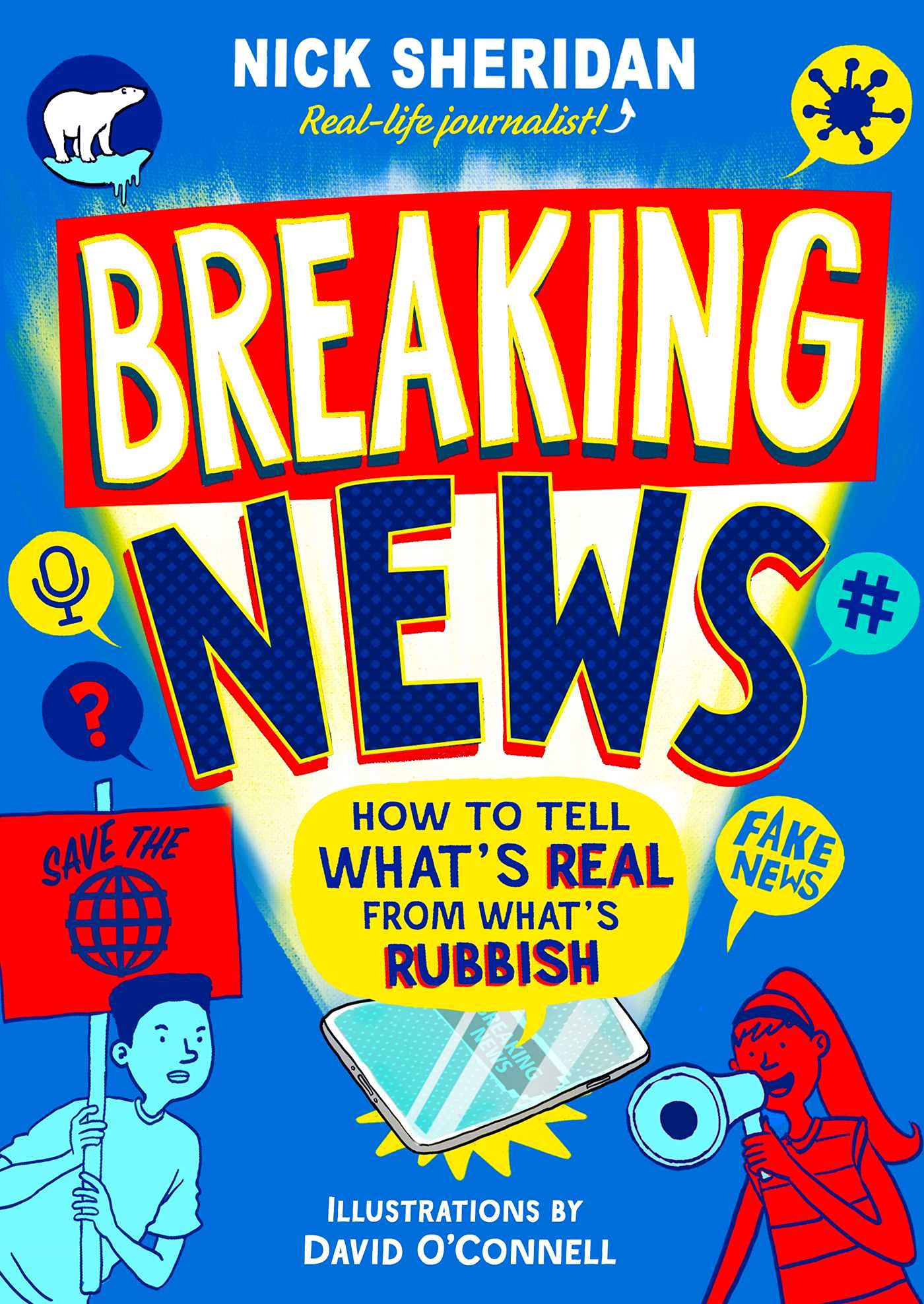 Aimed at 8-12 years olds, it covers the history of journalism and newspapers, describes how news stories are gathered by news organisations, and helps young people to find the real stories amongst all the fake news that is as much a plague of the times as COVID. It’s also very funny! The Times listed it as its children’s book of the week just yesterday (11/12) which was brilliant to see! 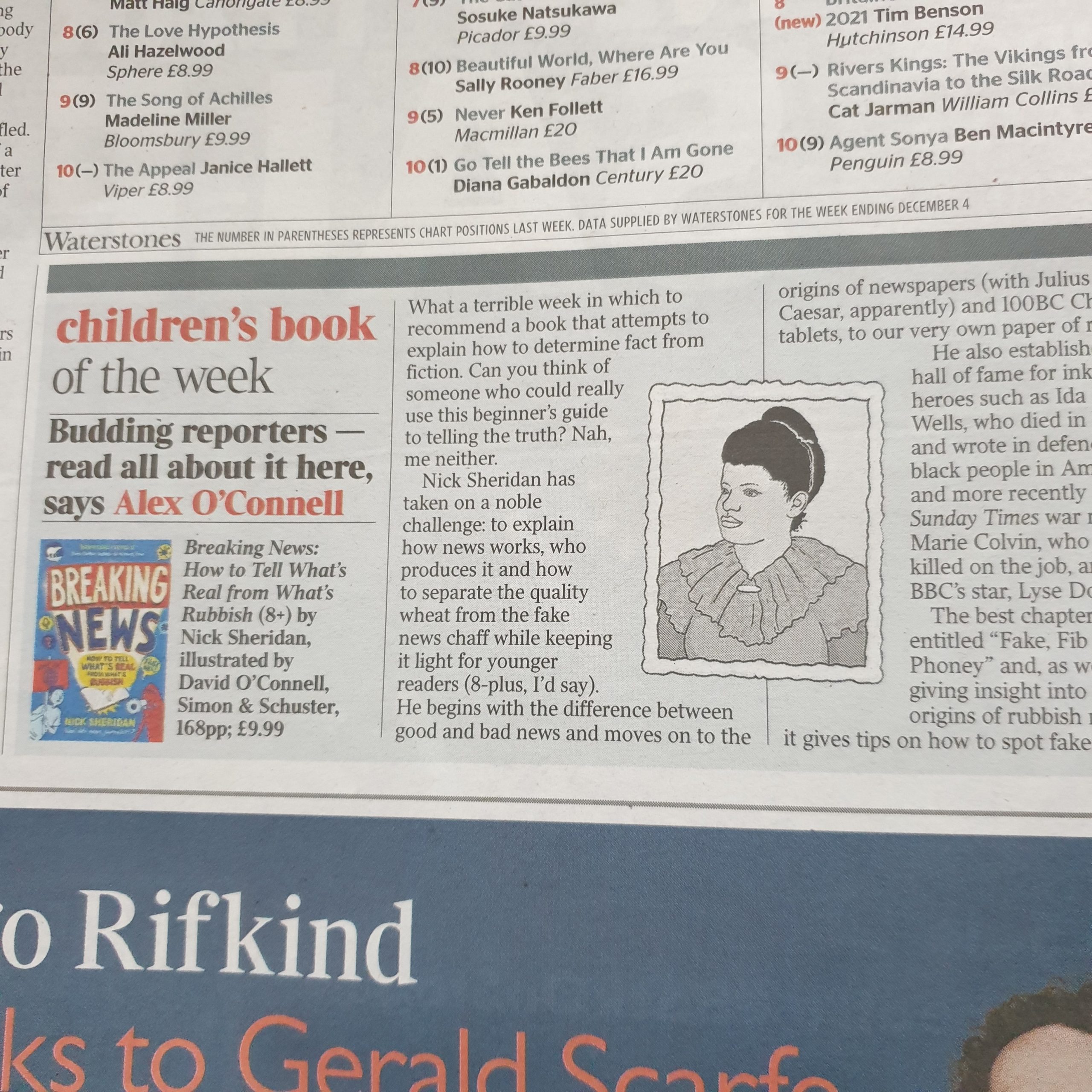 Nick is unsurprisingly a great writer and I’m illustrating some more books by him next year. The book is out on December 23rd which is a bit of an odd date, but I expect it will be in shops before then for any last minute Christmas shopping.

Merry Christmas and keep for fingers crossed for a happy, healthy 2022!