The last twelve months have been very busy for me, possibly the busiest I’ve had, which makes me feel very lucky considering how tough it’s been for others recently. I think I’m right in saying there will be a total of five books with my name on published in 2021 – a personal record – and I’ve five books still to illustrate before the end of the year, as well as another one to write. And that doesn’t include ideas in development that have to be slotted in somewhere. Additionally, we moved house just before Christmas, leaving London behind for the seaside town of Brighton. Everywhere was shut because of the the country being in lockdown, so it’s been a slightly odd experience. Even though we’ve lived in Brighton for four months, lockdown has meant we haven’t really had the chance to properly explore it, aside from the sea front, so I don’t feel quite settled in yet. The house needs some renovation work so there’s been plenty to occupy the weekends, however.

Here’s what’s happened since the summer: 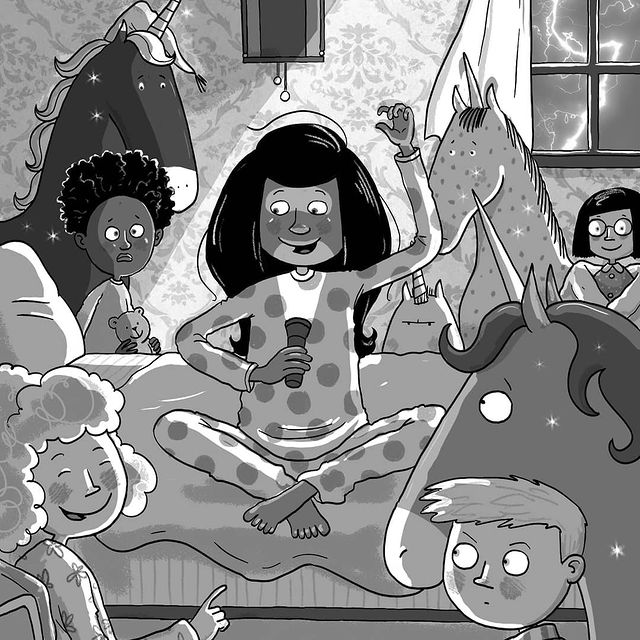 February: The book I illustrated for TV doctor and paediatrician Dr Ranj Singh was published. How to Grow Up and Feel Amazing went straight to number two in The Sunday Times children’s books bestsellers list, and has been a stunning success for Dr Ranj. He worked really hard during the build up to publication day – there wasn’t a TV or radio show where he wasn’t plugging the book! I had a nice message from him, thanking me for my efforts, as well as an acknowledgement in the book itself, which I’m really grateful for. 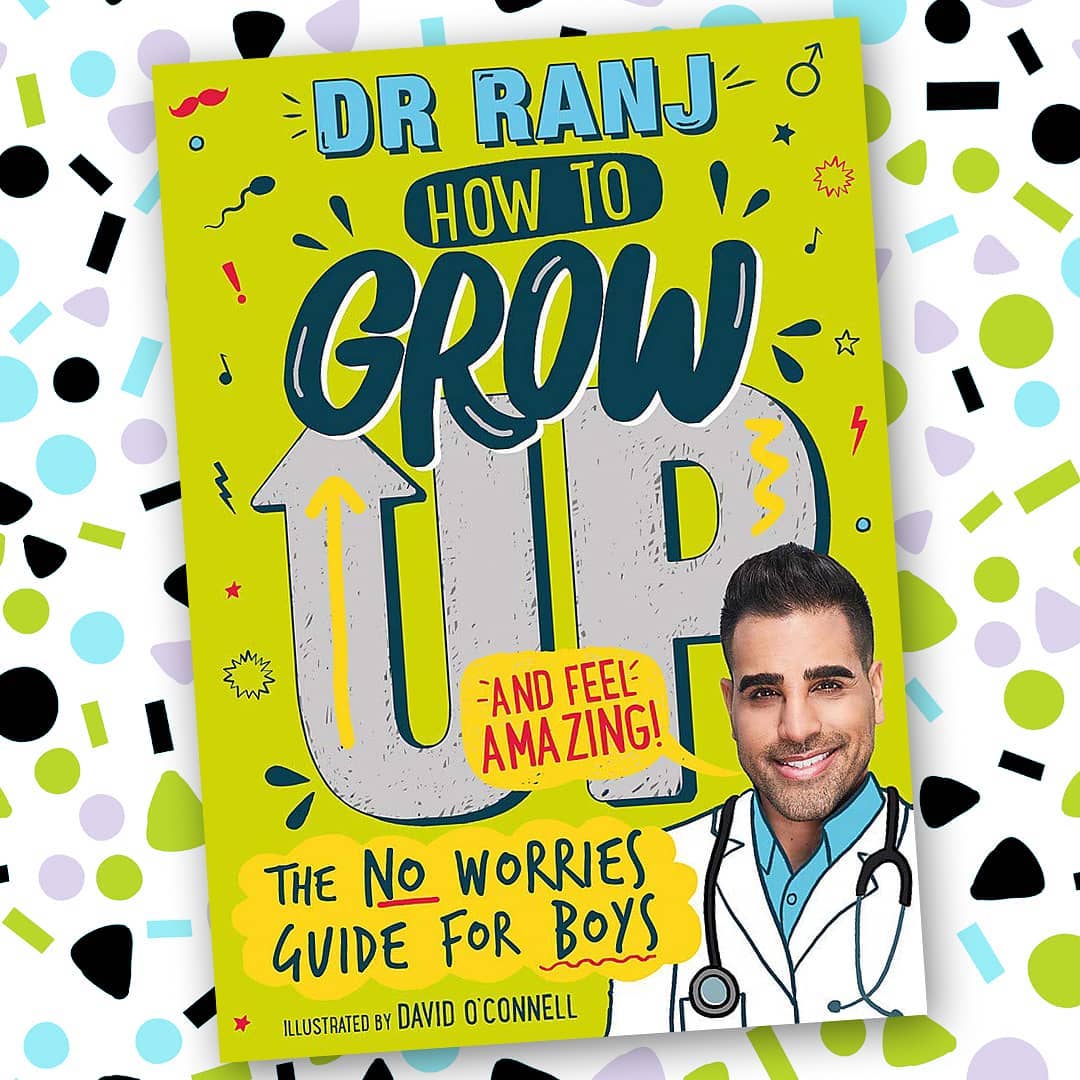 How to Grow Up is aimed at boys aged 10+ and covers every aspect of being a teenager, from body changes, to mental health and relationships. It’s very well written, warm and engaging, and while aimed at boys would be useful for any family with a teen asking those awkward questions. There’ll be more Dr Ranj news soon…

March: I did my first ever virtual event for the Oundle Festival of Literature, a live webinar on World Book Day talking about my work and how I get my ideas. There were about 400 children watching, some at home and some in school. I’d been a bit unsure about virtual events, as some of my author friends have had mixed experiences. Talking to a silent camera is not quite same as talking to a room full of excited children, but I think it went well and was certainly expertly organised by Helen Shair. You can judge for yourself as the event was recorded and you can watch along here:

Behind me you can see my new workspace, up in the attic of our home. It’s a cosy, well-lit spot, and although I can’t see the sea, I enjoy spending time there.

Speaking of World Book Day, there were plenty of Naughtiest Unicorns running around as part of the festivities. It’s always brilliant to see people dressed up as characters from books you’ve worked on, and Mira and her friend Dave the Unicorn appear to be real favourites. Here are some of them I spotted on Twitter:

I’m not sure who’s cheekier – Isla or Dave the unicorn 😂 pic.twitter.com/AG22ljDegy

@PipBirdAuthor my daughter loves your books so it was always going to be Mira and Dave for #worldbookday ! She even wrote and illustrated her own The Naughtiest Unicorn story to go with her costume! Thank you for writing such a funny and fabulous series! 🦄🦄 pic.twitter.com/tiY3V59VPq

April: Bringing things up to date, April saw the launch of The Smidgens, the start of a new series written by me and illustrated by Seb Burnett. It’s set in the same universe as my Dundoodle Mysteries series but is a separate story, and has a slightly different tone – still fun and filled with adventure but slightly more thoughtful, as I delve into the characters thoughts and feelings a bit more than previous books. 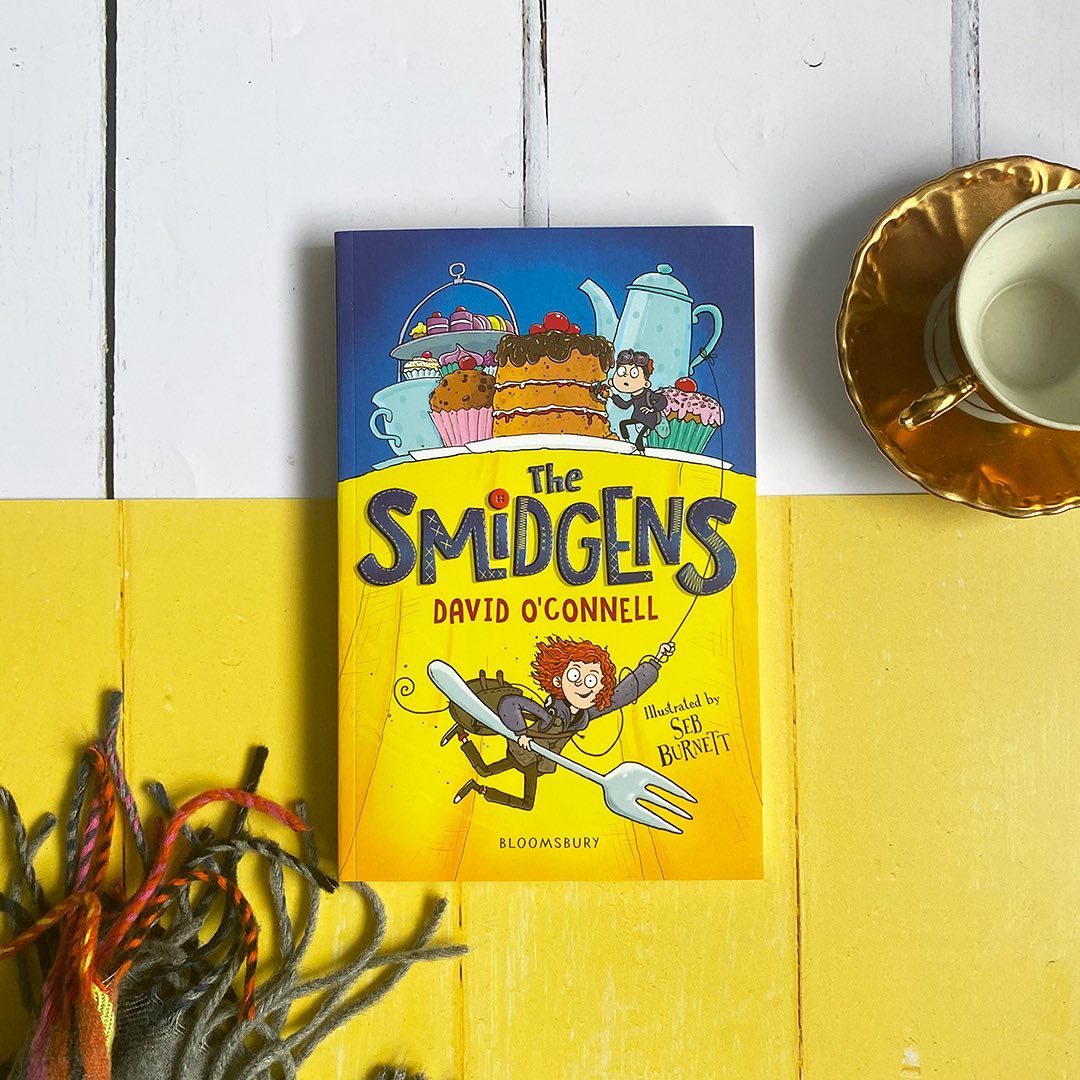 Smidgens are tiny people who live amongst us, the Big Folk,  but we can never spot them as they disguise themselves as insects and other creepy crawlies. Gafferty Sprout and her family think they’re the last Smidgens in the world until Gafferty discovers clues that there might be other Smidgens out there, and then she’ll stop at nothing to find them, even if it means a perilous journey into Big Folk territory… It’s a story about loneliness and finding your place in the world, and the responsibility that goes with it. I’m really looking forward to seeing what people think about it.

I should mention I absolutely love Seb’s illustrations, they’ve really brought the world of the Smidgens to life. Here is the Roost, the home of one of the Smidgen clans who all disguise themselves as birds: 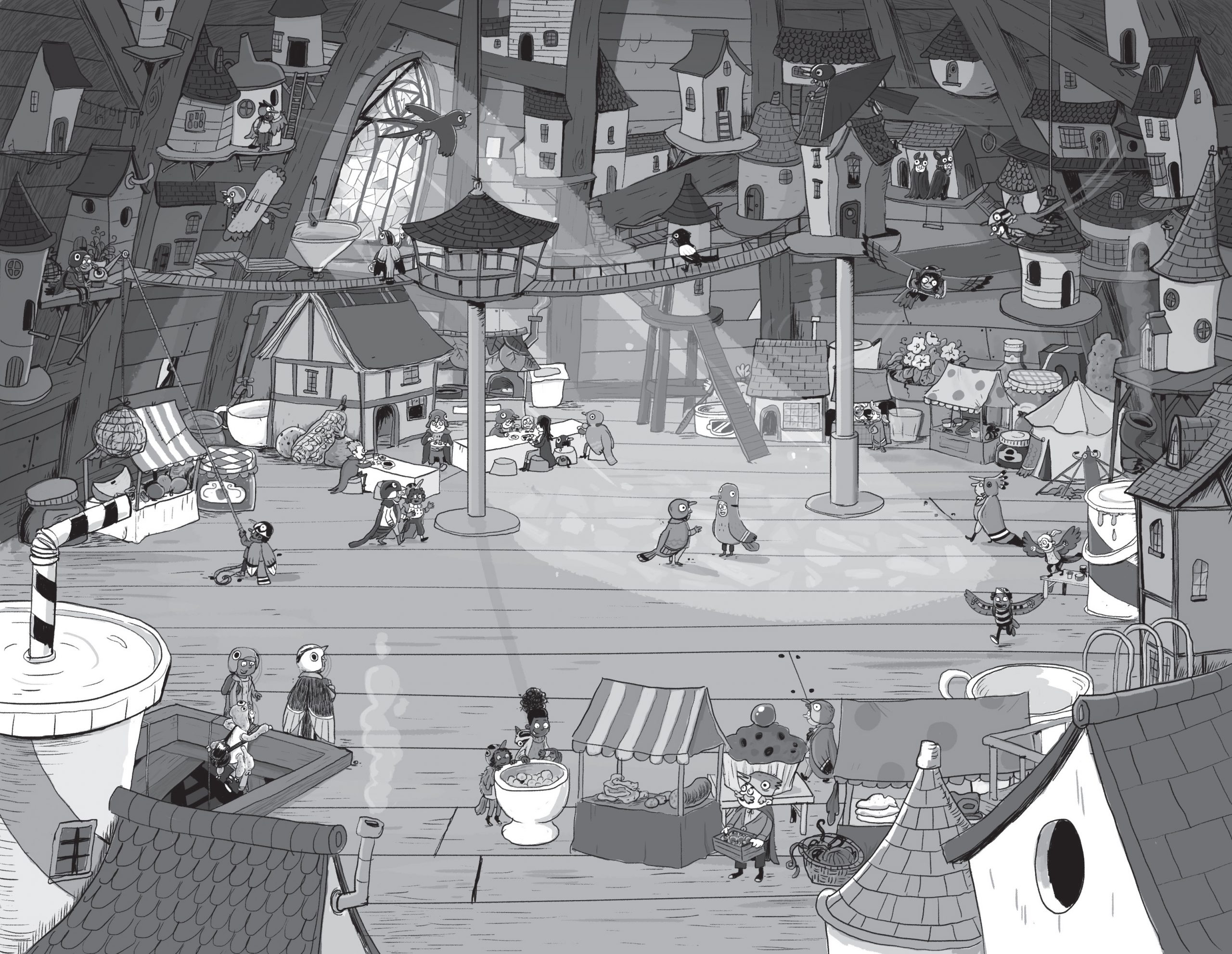 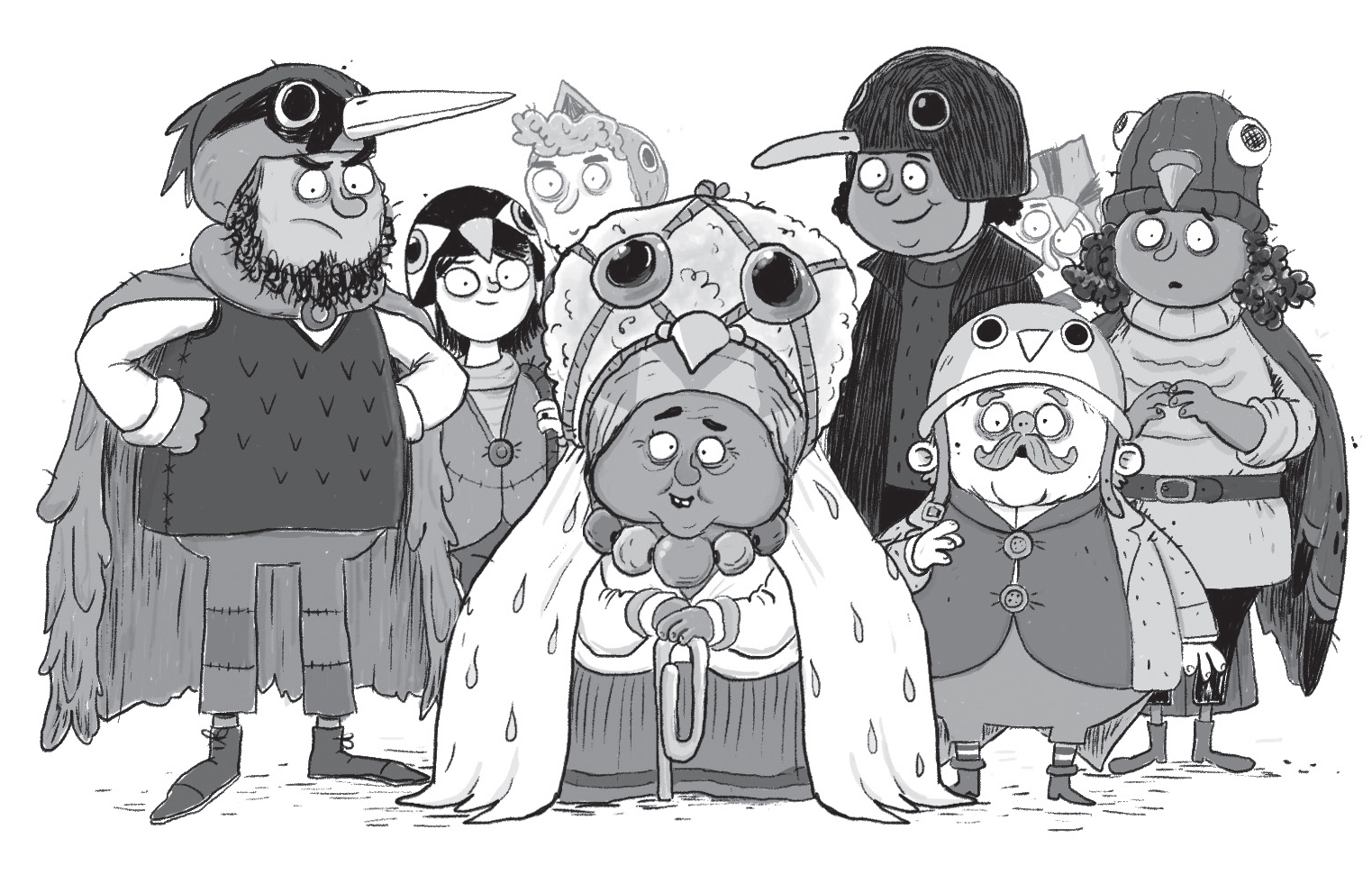 And here are the villainous ghosts, Totherbligh, Hinchsniff and Peggy Gums. They’re so creepy! 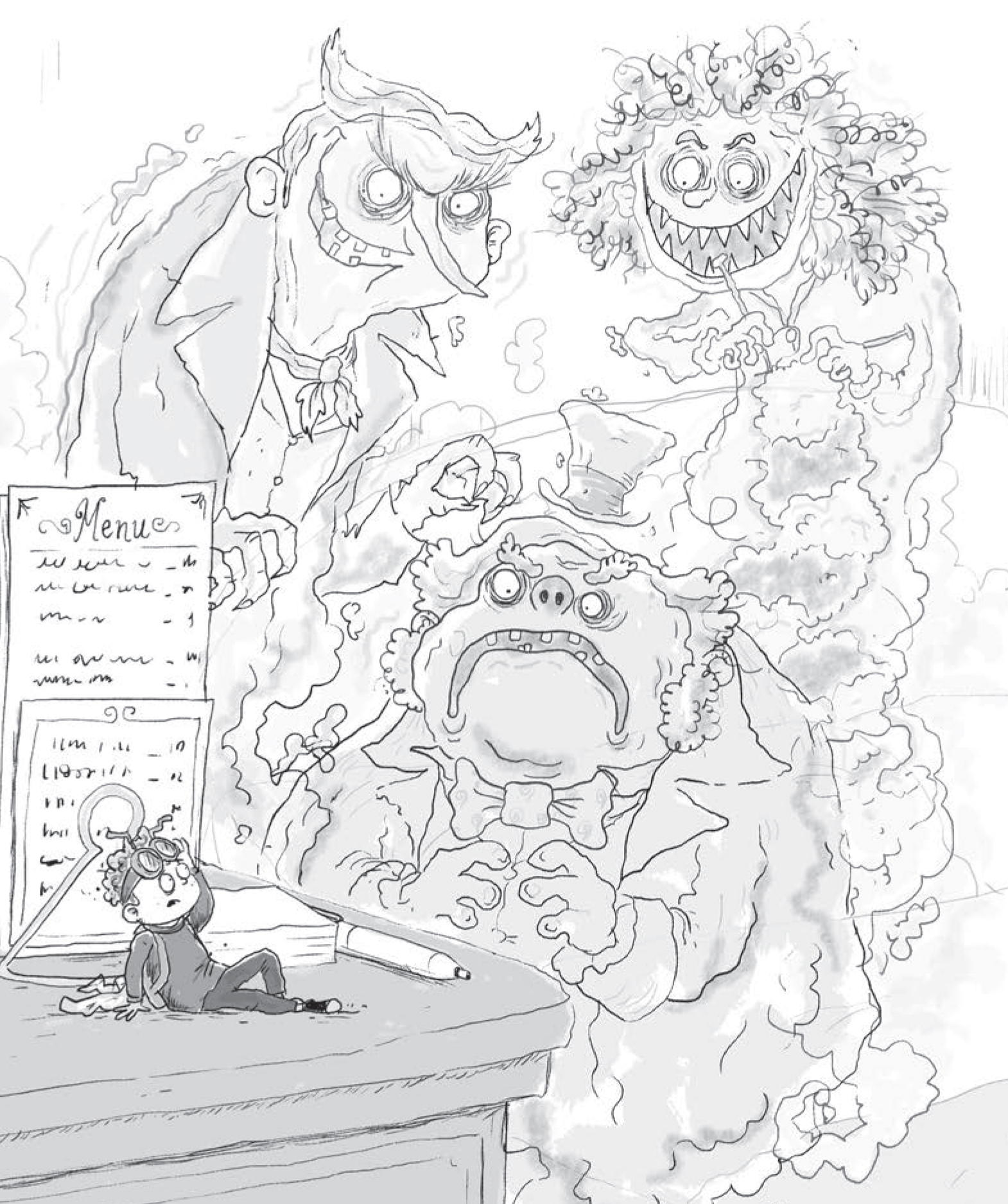 I was completely delighted and honoured to discover that Blackwell’s Books have chosen The Smidgens as their children’s book of the month for April. It means such a lot when a bookseller gets behind a book and I’m really grateful – and as bookshops are finally about to reopen, it will hopefully be a big boost for The Smidgens too. Thank you, Blackwell’s! 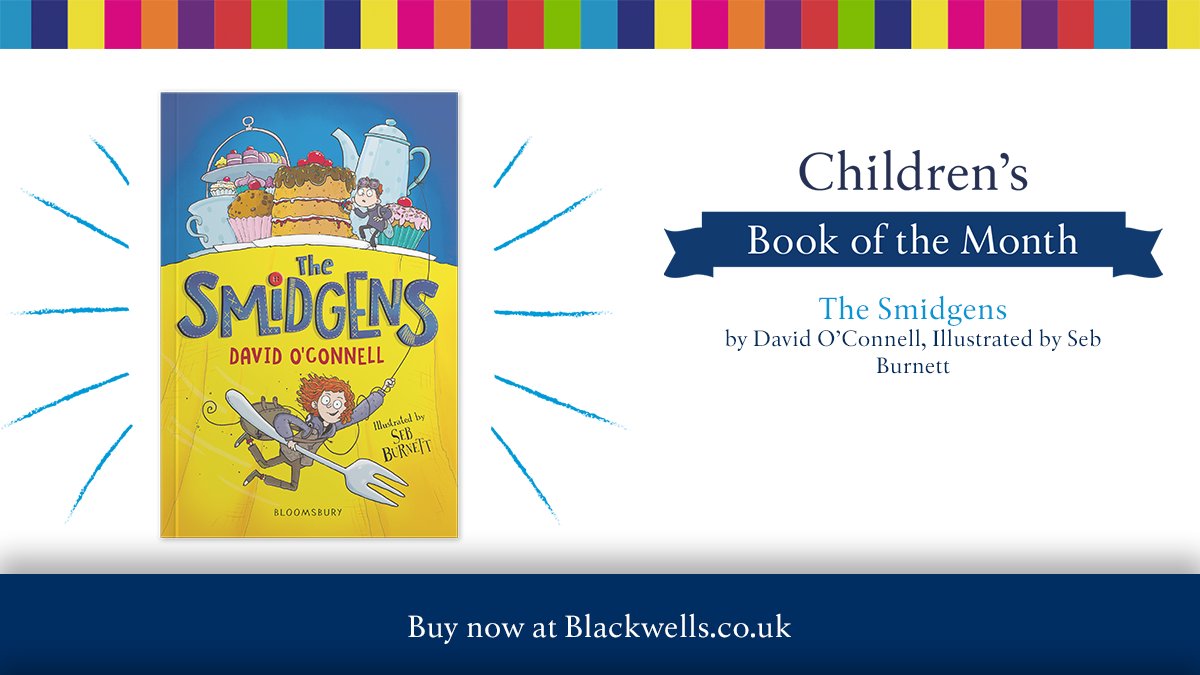 I’ve created some activities to go with the book – a PDF containing story-making ideas, games and puzzles. It can be downloaded here. You can find all the buying information here.

Back for another update later in the year!