I’m probably going to be staying off the internet for the remainder of the year, what with Christmas busy-ness and so on, so here’s a quick catch-up post. I’ve had a few computer issues recently so haven’t been able to update as much as I would like, particularly about November’s Thought Bubble Comic Festival up in Leeds.

Sarah McIntyre and I looked after a Jampires-themed kids drawing area which was very busy all weekend. We managed to sell and sign a lot of books (and some lovely badges) too!

Sarah wrote a magnificently comprehensive post about the weekend (you’re better off reading that than any account I could write) and what I really like about it is how she gets across how much fun the weekend was. 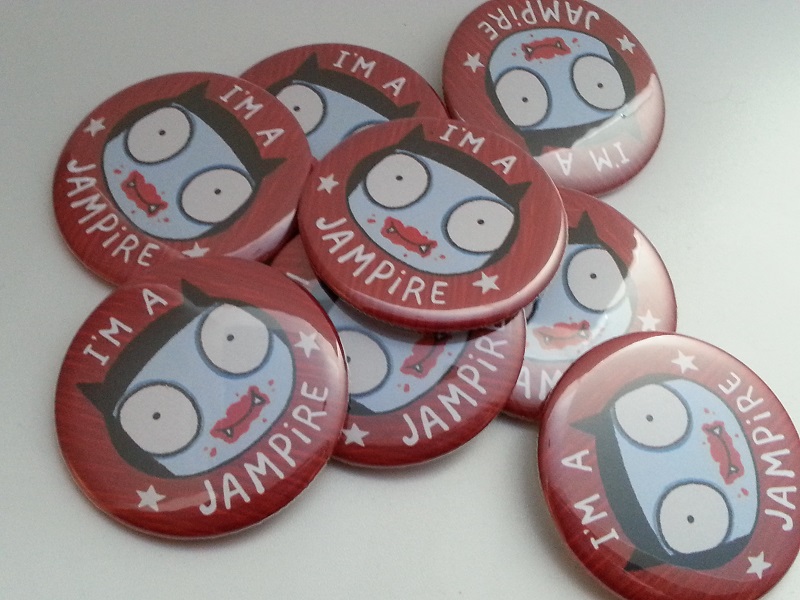 Particularly because of the help we had from Matt Badham and Molly Bruton in manning the tables (see the photo I’ve pinched from Sarah).They were great company and marvellous sales-people, and it really made a difference having their help. I’m not planning on doing any comic conventions next year so this was a lovely event on which to end 2014. 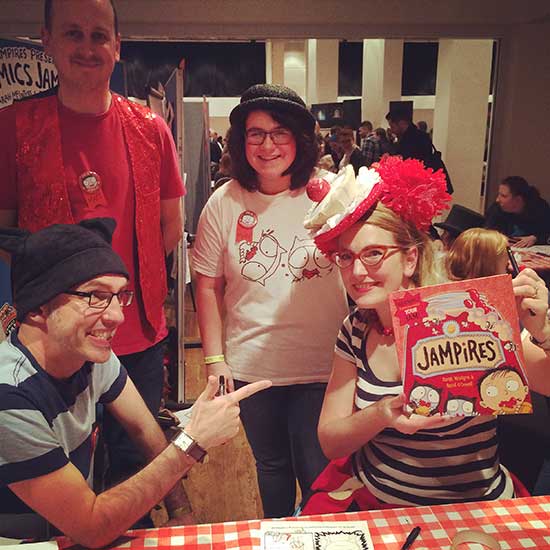 Speaking of Jampires, if you’re a crafty type and looking for last-minute gifts ideas, why not knit someone their very own Jampire? Graffiti knitter Lauren O’Farrell has conjured up a pattern to make a woolly version of our little jammy dodgers. I guess you could use whatever colour wool you like depending on your favourite flavour of jam. My mum’s a bit of a knitter so I’m hoping she’ll make me one! 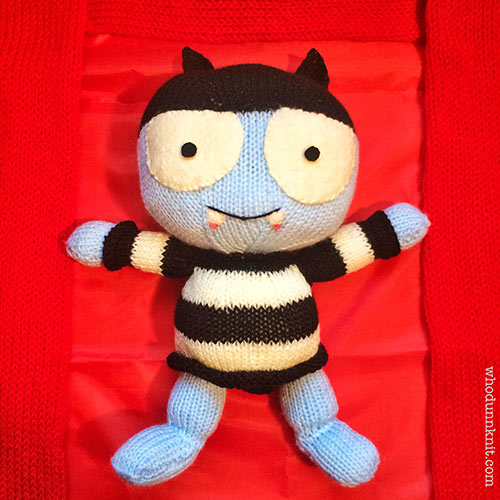 It’s been a good year, though not as productive as I’d like (but then I always say that). I had two books out in 2014, and will have two books out next year (that I illustrated) with books that I’ve written following on from that.

I still need lots more projects to keep me busy and all the bills paid, and I’ve loads of ideas, but it takes a while for things to happen, and I keep getting caught out by just how slow the publishing world is. You need to have many irons in the fire, all the time, as so many of the ideas you come up with won’t go anywhere.

I’ve been doing loads of writing and have joined an excellent writing group which has helped with that a lot. Most recently I’ve written a book around this little chap which is one of the projects I hope will find a home somewhere in the new year. I’ve also ideas for picture books, early readers, comics and more. It’s just a case of getting it all down on the page! And that takes time! TIME! Ugh – there’s never enough of the stuff. So that’s what I’m planning to do over Christmas (with a festively-appropriate break, of course): have an Idea Audit, and spend time Getting Things on Paper so I can start 2015 up-and-running and ready to go!

I hope everyone has a wonderful Christmas and a brilliant New Year. 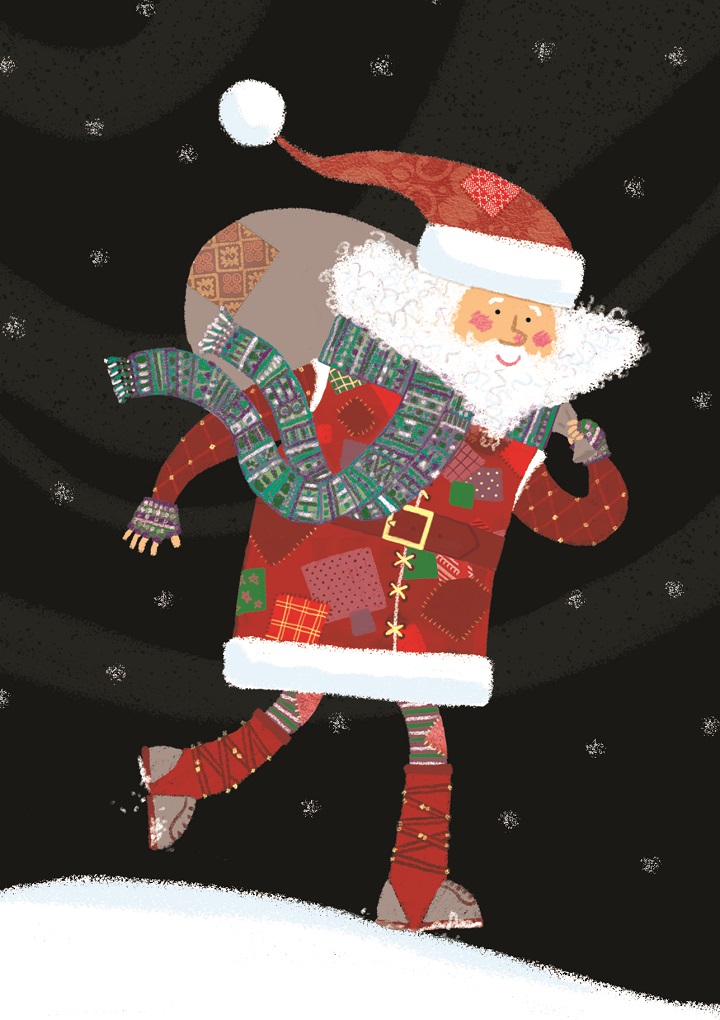