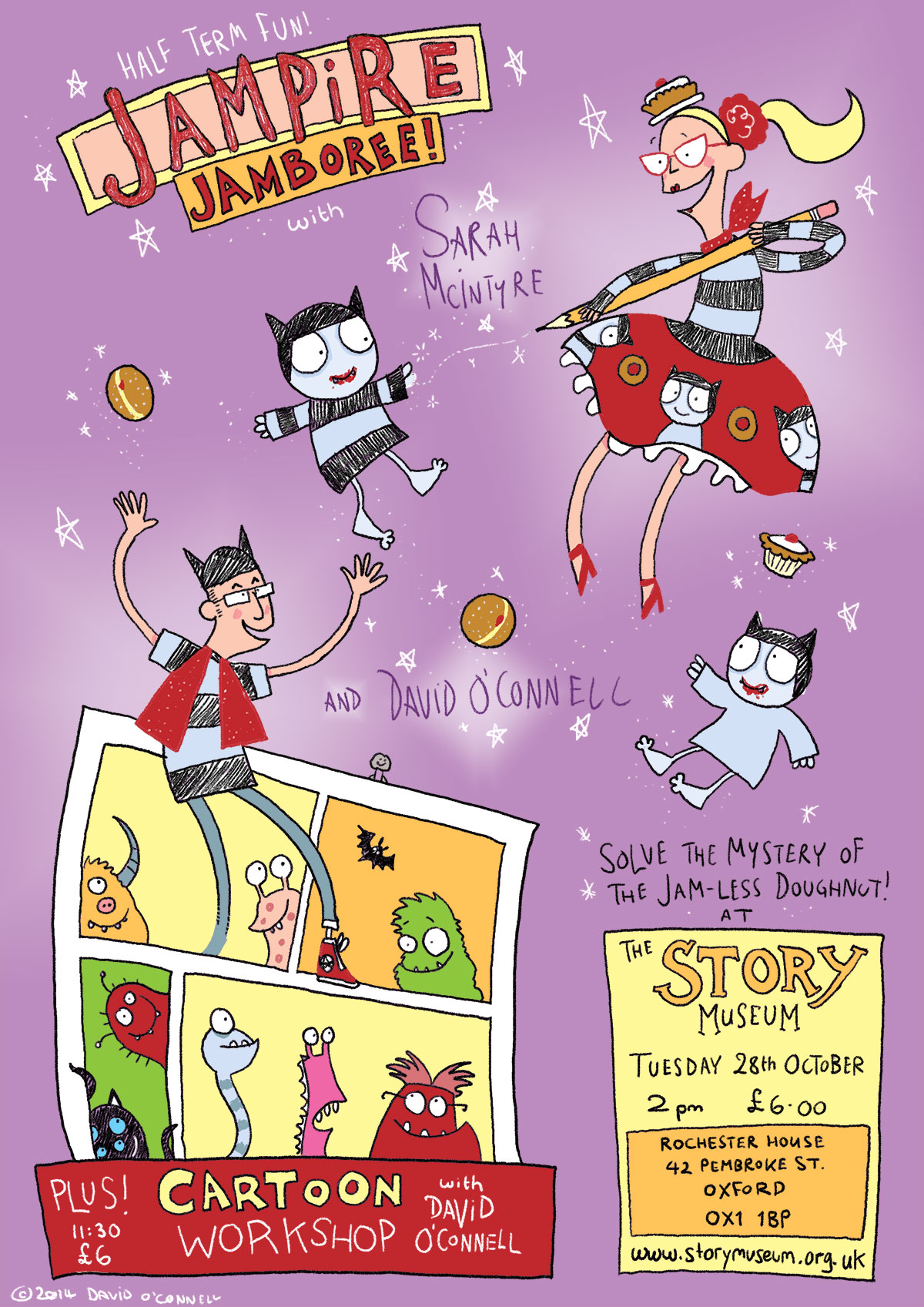 Yesterday was a bit of a busy one: off to Oxford for a workshop and ‘show’ (look at the purple-y poster I made for it!) at the fabulous Story Museum. It’s an amazing and highly unusual space devoted to story-making and telling, and a real gem amongst all of Oxford’s better known attractions.

I ran a comic-making workshop in the morning with a Hallowe’en-y/monster-y feel. Lots of keen comic-makers were there with loads of ideas – the beginning of a workshop is usually talkative and boisterous.

But the moment they had to get on with making their own comics the whole room descended into such an intense silence that I wished I’d brought some music with me!

And there were some fantastic comics made – we had some time at the end of the workshop for those brave enough to share their comics with everybody. Some were hilarious, some action-packed, some more gentle – I always try to get across that the great thing about comics is how versatile they are as a medium.

I made a handout for the work-shoppers to take away. There’s a PDF version available to download from my activities page if anyone needs a bit of inspiration during half-term. 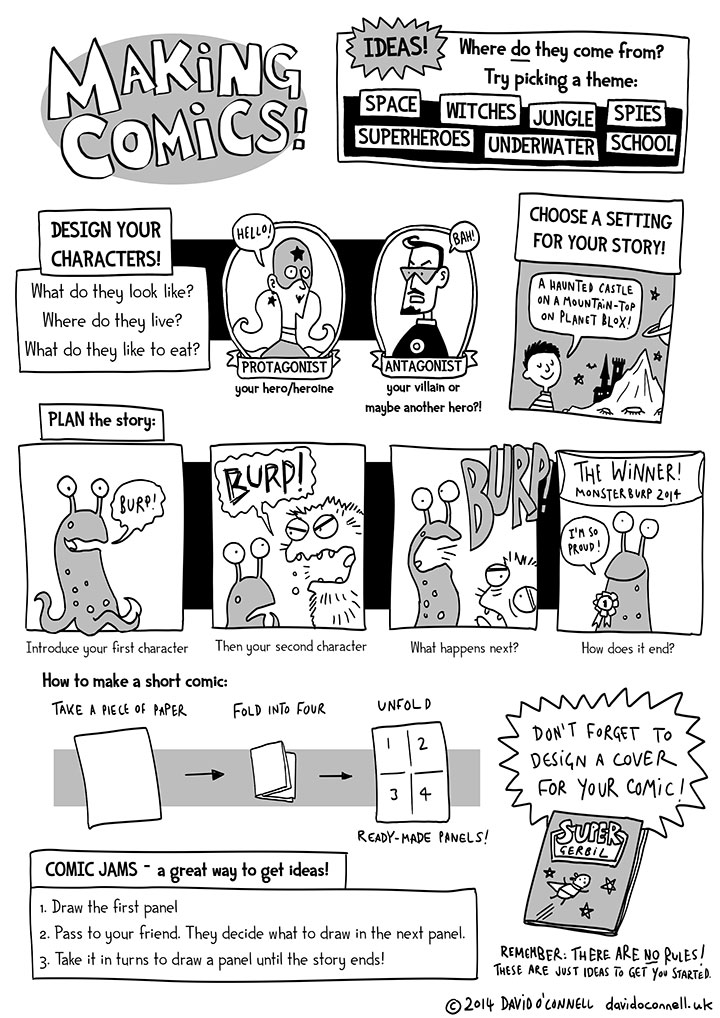 One work-shopper brought along his collection of Monster & Chips books to be signed. I was so pleased to see how well-worn the covers were! Nice to meet you, Aydin! It was at that moment that Sarah McIntyre arrived for our afternoon event and she snapped me busily scribbling in the books. 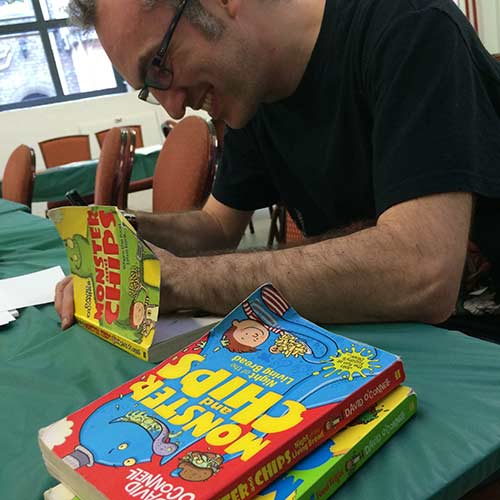 Then Sarah and I rushed off to do our JAMPIRES show! Our performance is still a bit wobbly in some places, especially after the last-minute addition of a Jampires song (!), but it all adds to the fun. I need to brush up on my tambourine skills, that’s for sure. Here’s a pic from after it was all over (pinched from Sarah) with some of the audience and their Jampire artwork: 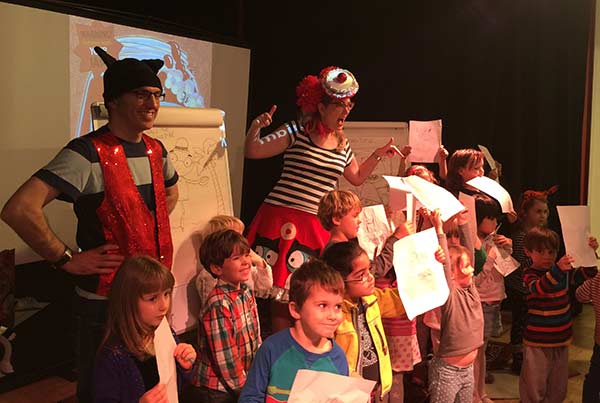 Sarah always manages to look so elegant in her costume whilst I just look a bit of a fool! Thanks to everyone who came along – both events were sell-outs – and huge thanks to the Story Museum for being such great hosts.